Our Trip to Indonesia 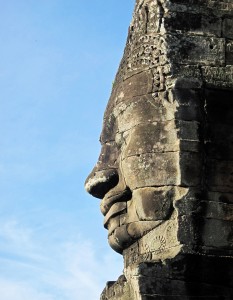 Several months after I planned and paid for my 2011 summer trips, an opportunity to scuba dive in Indonesia dropped in my lap. This I could not turn down. It was not a standard scuba diving live aboard, it was on the ship, Damai, an Indonesian built vessel built to accommodate ten macro underwater photographers. This boat is entirely constructed of wood with a steel encased keel, 39 meters long and 8 meters wide with a 480 horsepower Mitsubishi engine, and it looked very much like a pirate ship. In fact, it was built by the Bugis tribe of Sulawesi that once terrorized the area waters as pirates.

There were 10 guests and 15 crew members that included a chef and sous chef. Food, drink, enhanced air (nitrox) and massages were included.  The most amazing feature of this special ship was the berth space and furnishings. Our cabin was as long as my living room from starboard porthole to porthole, that had two king-sized beds, bath tub, separate shower, as well as separate toilet and sink.  All indoor spaces had beautiful wooden floors, walls and ceilings. The amount of space per person was unbelievable.

The rest of the ship was equally impressive, as were the crew who carried everything up/down the ladder or stairs to the dive vessels. We were allowed to carry our masks, but all camera equipment, tanks, fins, etc., were ported by the crew. This was easy diving.

The travel time to get to the Damai was challenging. Flying from Fort Lauderdale to Atlanta to pick up a Korean Air flight to Seoul (14 hours), and another Korean Air flight to Bali (8 hours) for a total of 23.5 hours flying time. It was another 1.5-hour flight from Bali to Flores, the start of our dive trip. Luckily, we stayed a day and a half in Bali to catch up on sleep.

One of my first impressions of Bali and again in Flores is that there are no discernable building codes. An elegant home would be located next to a used tire vendor or cell phone vendor, wood carver, baker, butcher or Indian Chief, you name it. My second impression was that motorcycles are the primary means of transportation and they were everywhere. Every human had a cell phone and motorcycle, and there were clear glass liter bottles of petrol for sale at roadside food stands, markets and sometimes by themselves. Gas stations seemed to be uncommon and troubled with long lines.

I was grateful to get on board the ship and away from the narrow crowded streets of the city. Fellow dive guests included: a French doctor, his wife and seventeen year old daughter; a German doctor and his wife; a California couple and their friend and trip planner, Keith, as well as Patrice and I. On land, Patrice and I saw many more Europeans and Asians tourists than Americans. With Australia only a 2-hour flight away, they were also well represented.

The Damai trip lasted for 11 days. We traveled mostly at night around the northeastern coast of Flores and between the islands of Pantar and Alor. Dives were scheduled at 7:30 AM, 10:30 AM, 2 PM and 6:30 PM.  We had a cold breakfast (fruit, yogurt, cereal) at 6:30 AM and hot breakfast around 9AM. We could order most anything for breakfast, lunch and dinner if we did not care for the menu du jour. Dinner was served after the night dive that was a much-improved plan over most dive boats that serve dinner before your dive. The diving was amazing with a variety of sea critters we do not see in our hemisphere.

We also saw many of the local island folks who paddled their ancient dugout canoes with bamboo poles as outriggers up to the Damai. The women wanted to sell us woven goods and the children just wanted to see what we were about. I visited with four boys in one canoe. The stern man was 5 years old and in first grade. Another 5 year old was at the bow, and the middlemen were 7 and 9 years old. They got the biggest kick out of sitting on our little dive tenders. They were out of school for Ramadan. A majority of the Indonesian population is Muslim, however, Bali is mostly Hindu and Flores is a mix of Christians, Muslims and Hindu. On two of the islands, our captain and translator visited the island’s leaders to get their blessing for our presence in their waters.

The German doctor created a video of our dive experience which can be seen on Utube at:   http://www.youtube.com/watch?v=BB3XCFUM06M

You will find a video of the Komba volcano erupting at night at the end of this video. Indonesia is known as the ring of fire because of its many active volcanoes. We saw no less than four active volcanoes on this trip. The many islands that make up Indonesia sit at the junction of the Asian and Australian tectonic plates. Once again, I find myself traveling on the edge of tectonic plates with active volcanoes and commonly occurring earthquakes.

Before humans knew about tectonic plates, Alfred Russel Wallace (1823-1913), a British naturalist and pre-Darwin proposer of evolution and natural selection, noticed the difference in flora and fauna between the island of Bali and the island of Lombok (as well as other east /west islands), that are 35 kilometers apart. He drew a line between these islands proclaiming a natural demarcation which is today called the Wallace line. For example, there are no monkeys and many bird species east of this line and no marsupials west of this line.  The indigenous people west of this line more resemble Asians, and east of this line more resemble Africans.

At the end of our dive adventure, Patrice and I traveled to central Bali and stayed in Ubud for 5 days. This is where Elizabeth Gilbert was inspired to write “Eat, Pray, Love,” as well as where the movie was filmed. Ubud has become a tourist Mecca since. Patrice visited Ubud ten years prior but did not recognize it because of the rapid growth and over abundance of restaurants, and tourist oriented vendors. Luckily, we hired a driver and could escape the crowds to visit local villages that plied traditional crafts, such as woodcarving, painting, batiks, gold & silver jewelry and stone carving. Everywhere we drove there were rice fields. The water buffalos have been replaced by the “Japanese buffalo,” or rotary tiller. Even though the plowing has been automated with a community sharing of the tillers, the harvesting is still done by hand. The fields are beautiful; those with terraces or steep terrain even more so.

Patrice and I took a bicycle ride down from Gunung Bator volcano (1700 meters). We traveled through many acres of farmland that included a large mandarin orange orchard, bananas, tobacco, cabbages, lettuce, tomatoes, beans and all kinds of peppers. The volcanic soil is fertile.

We also stopped by many grass cottage industries along the way.  There were wood carvers, weavers that created many products made from bamboo. Also seen were exquisitely made fishing traps, pig cages, large and small birdcages. Bamboo was also used to build houses and fences and woven to create walls and ceilings. The people of the high country around Ubud use every possible natural resource to support their livelihoods.

There is a growing middle class in Bali, primarily as a result of tourism.   We visited two middle class homes. One visit was to attend a wedding reception with our driver, which was a real treat. He explained the layout of the family compound and some of the mostly Hindu culture within.

The compound consists of a temple area where ancestors and other spirits visit and receive offerings. This is located on the Northeast corner or mountain and sun side. The kitchen is a separate building, located on the south or fireside (Lord of Fire) of the compound.

Buildings are traditionally without walls. Sometimes there are two or three walls but almost all living is in the open. There is the Baledangin or ceremonial building where special events take place, and a discussion room or area where family discussions and decisions occur, and finally there are living quarters with a patio to receive guests.

All women move into the family compound of the husband and become part of the husband’s family unit. One compound will have several couples living together. I asked our driver how long his family had lived in their ancestor’s compound and he said even his great grandfather could not tell me, it had been that long ago. There is usually a dirt pit in the back yard where all the trash and sewage will be directed. Indoor plumbing seems to be rare probably because of missing infrastructure.

Kites flew on a daily basis. Extra large kites with noisemakers flew overhead for days.  One kite, as large as a bus, was being carried down a street, stopping traffic. Next to our hotel, a pigeon keeper fitted his pigeons with a small bamboo necklace that whistled when they flew so we knew when they flew overhead. Our driver said this was common.    Cockfighting is legal and common, but betting on the outcome is illegal.   We saw many cocks in bamboo cages wherever we went. They were washed, well fed and very handsome, but every other animal we saw was not. The contrast was huge. I will not talk about the dogs.

I will talk about the people:  gracious and welcoming, extremely hard working, industrious, strong, open and appreciative. We saw women construction workers carrying bags of cement on their head.  We saw men and women porters carrying huge rubber river rafts folded on their heads up a hill that was 20-30 stories high. I tried to move one of them once they were placed on the ground and I could not.

These are amazing people. What little government exists rarely touches these people. They rely on themselves. If you think we have too much government in the USA, I challenge you to live in Bali for a couple of weeks and come back with the same opinion.

Once again, I have come home humbled by how people live and work in another country. I am most thankful for the things we often take for granted like plumbing, trash removal, air conditioning, zoning and leash laws.

ICELAND - MYTH OF THE TROLLS 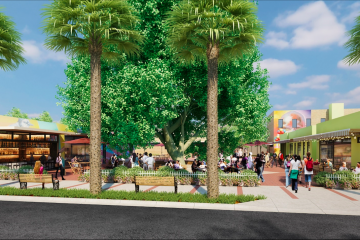