Miss Adventure goes shark tagging with researchers from the Guy Harvey Research Institute and a group of fifth graders from Floranada Elementary School.

Squeals of joy crescendoed from a group of jumpy fifth graders aboard our dive boat as Dr. Derek Burkholder, a research scientist with the Guy Harvey Research Institute at Nova Southeastern University, finally pulled the first shark up on the monoline. The shark was about five feet long and an Atlantic Sharpnose. After securing the shark to the back ladder, the eager kids huddled around, awaiting their turns to pet the shark and snap pictures kneeling beside it. Even the dozen or more kids who had been curled up in the fetal position and projectile retching over the side of the boat from seasickness all morning emerged from their resting spots to see the long-awaited beast.

Burkholder’s co-researcher and assistant pulled out a yellow measuring tape and stretched it out the length of the shark. A fifth grader assisted in tagging the shark’s fin with a satellite tracking device. Another used a pair of clippers to snip a small part of the shark’s fin for transport back to the lab of Dr. Mahmood Shivji, a professor at Nova working on cataloguing sharks and developing a method to identify sharks solely by their fins — a method that could help combat the shark fin trade, which is endangering sharks worldwide.

The day’s ocean excursion was just one of three Burkholder and his team of researchers were making that week. The day before, a group of students had helped catch and tag a ten-foot-long Tiger shark. Burkholder and his team take about three groups of students out a week in addition to other public and group team-building trips. Burkholder helped start the shark tagging excursion and education program about three and half years ago. The program takes place aboard a dive boat provided at a deep discount from the Pompano Dive Center. The goal is to educate the public on the importance of shark conservation, while simultaneously conducting research.

“Really what we’re trying to do with the genetic work and definitely the satellite tracking is trying to understand ways to better protect these animals,” Burkholder said.

Sharks are an important predator in the marine food chain and critical to maintaining the fragile balance of the marine ecosystem. Without sharks, the health of South Florida’s abundant coral reefs is in jeopardy.

“Does anyone know how many people died from sharks last year?” Burkholder asked the fifth graders as our boat cruised. About a dozen hands shot up.

“One million,” shouted one of the students.

After a slew of other guesses in the hundreds and millions, Burkholder announced: “Four.”

The University of Florida’s International Shark Attack File confirms Burkholder’s number; there were only four human fatalities worldwide caused by sharks last year, and none in the U.S.

The point was clear: Sharks have been vilified.

This perception has contributed to their endangerment.

“It’s made it acceptable to kill them,” Burkholder said. “Ever since “Jaws” came out, it kind of flipped the switch. Sharks became a trophy — to go out and fight that man-eating shark. That really took off with many of the shark tournaments.

“Luckily we are seeing a shift in many of those tournaments to going to a no-kill tournament. We’re making some progress, but we’ve got a long way to go and you have to start somewhere. I think education is really one of the most important places to start.”

Burkholder said watching the kids’ attitudes change over the course of the day is one of the most rewarding elements of leading the education program.

“You bring up the first sharks, some people are yelling and screaming and excited, some people are still pretty nervous about what’s going on. By the end of the day, they are hugging sharks,” he said.

Beyond education and outreach, the shark tracking excursions contribute to the bank of shark research. The satellite tags help to create a database of the shark population and its migration, while the clipping of the sharks fins has helped Dr. Shivji create a method of identifying sharks solely by their fins using stable isotope analysis.

Shark finning (the practice of de-finning a shark and leaving the body for dead) is one of the major threats against sharks, killing an estimated 74 million per year. The practice has been illegal in U.S. waters since 2000, but the fins of legally-caught sharks can still be sold. Thousands of pounds of fins are still imported into the U.S. and can be bought and sold throughout most of the country. While some of the fins come from legal U.S. shark fisheries, others are imported from countries that have little-to-no finning regulations. The fins are often used as the main ingredient in shark fin soup, which sometimes sells for hundreds of dollars per bowl. Shark parts are also used in many cosmetic products.

Up until recently, it was difficult to monitor the shark fin trade because it was next-to-impossible to tell which species of shark the fin came from once it was detached, but Dr. Shivji’s research has been working to change that.

“Much of the genetic work going on in the lab with Dr. Shivji is pretty mind-blowing,” said Burkholder. “Under Dr. Shivji’s direction, they’ve been able to develop some very inexpensive, very quick techniques to run a little piece of the fin through a machine and know what kind of shark it is, and in some cases, where in the world it was captured. It really gives quite a bit more weight and understanding of what’s really going on in the market.”

In addition to the genetic work, Burkholder said the satellite tracking has already contributed to some changes in shark conservation.

“In the Bahamas, the Bahamian Government saw through satellite tracking how important sharks are in the area, so several years ago they decided to make the entire Bahamas a shark sanctuary,” he said.

Understanding the shark population will be important to developing strategies to protect them.

“Some of these sharks are traveling 10- to 15- thousand miles.  Some of our Mako sharks have traveled through as many as 13 different country’s waters, let alone state-to-state,” Burkholder said. “It really does open the eyes that we’re going to need a more global management strategy for these animals.”

Until then, Burkholder continues to educate the public.

While my shark tagging excursion was not nearly as adrenaline-pumping as my mind imagined (I dodged more vomit than sharks), I learned a lot. And when else would I get to snap a selfie with a shark?

LOCAL NEWS
Food and Drink/Fun Things To Do 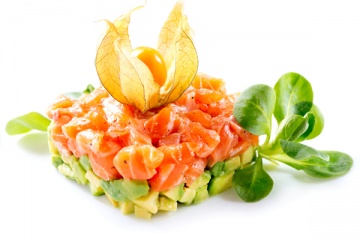