On a particularly chilly morning in January, I met Ira Wechterman at Sullivan Park to board a boat to Deerfield Island. Ira is the passionate president of Friends of Deerfield Island, a non-profit organization of volunteers he founded in 2015 to raise funds for projects on the island and build enthusiasm for the park — a little oasis of South Florida nature. Ira and his fellow Friends have worked diligently to establish the Island as a destination park for locals and visitors. Every Saturday and Sunday, from 10am to 3pm on-the-hour, guests can board a boat to the island, walk the park’s Coquina trail and admire the area’s flora, fauna and wildlife.

The Friends of Deerfield Island welcoming committee greets guests as they arrive and has educational activities for kids to enjoy as they explore the island. On any given day, guests may get lucky and see a gopher tortoise (the island is an official refuge for them), osprey, manatees, lizards, butterflies, spiders and a whole array of plants.

Ira graciously gave me a personal tour of the island, teaching me as we meandered the trail. He showed me the three different types of mangrove on the island — white, red and black. The red mangrove is nicknamed the walking plant, he pointed out, because as it grows, it looks like it’s walking out into the water. The wandering sailor plant, which looks kind of like purple ivy spreading across the ground, I learned, is also called the wandering Jew because the plant wanders like Moses and the Israelites in the wilderness. Ira also introduced me to my new personal favorite tree on the island — the “sunburned tourist.” Its bark flakes and peels like a tourist without sunscreen.

I learned about the strangler trees, which wrap around a host tree, stealing the host’s nutrients and “strangling” the host as it grows. And I discovered why Florida raccoons look so entirely different than those I’m used to as a native Coloradan — they don’t need the extra layer of fat and don’t hibernate, so they appear more rat-like and scrawny. I even got to sample some Brazilian pepper plant — Ira plucked off some of the plants little red bulbs. When I chewed them, my mouth was flooded with the taste of spicy black pepper.

Ira is a wealth of knowledge. He taught me about the various invasive species on the island and how to tell the difference between a vulture and a hawk — vultures don’t flap their wings, they soar on air currents, while hawks use the power of their wings to fly. He recounted the island’s history — the island was once owned by Al Capone until Florida reposessed the land for Capone’s unpaid taxes. It is rumored that Capone may have stashed hidden cash somewhere on the island.

Ira and I also discovered a strange spider with red spikes on all sides and a white, tough underbelly like a crab. We discovered the spider is called a spiny orb weaver — it creates strange, elaborate webs with tufts which are supposed to protect it from being destroyed by flying birds.

As I soaked up more and more of Ira’s vast nature knowledge, I felt like a kid again, on a school field trip. Even though the boat ride took only about five minutes, I felt much farther away from the civilized world. My journey on the island made me miss camping and the simple things in life. It gave me a new admiration for the genius of Mother Nature. With each new plant, my awe grew at the mysteriousness and magic inherent in nature.

In addition to being inspired by nature, I was also inspired by Ira. While he had been a biology major in college, his life took a turn and he became a dentist for over 40 years. When he retired, he saw the time as an opportunity to return to his original passion. Instead of getting relaxed, he got active. He used his retirement to get deeply involved in the community, volunteering and building a legacy.

“I took 40 years off to be a dentist,” Ira jokes. “Now I’m going back to my original love, which is nature… I thought the island has great value and should be cherished.”

Ira’s spirit of service is remarkable. Together with his volunteers and the county, Deerfield Island is beginning to fulfill its potential; It is one of 19 sites in Broward County recognized as an outdoor education facility.

The Friends of Deerfield Island and other sponsors have been able to build the trail, add a butterfly garden, put it picnic tables and an outdoor classroom space, and are working on two big projects: putting in an ADA compliant walkway to make the island accessible to all; and convert the island’s caretaker’s cottage into a year-round nature and research facility. The park’s manager, Katherine Hendrickson, is currently seeking out partnerships with universities to help run the facility. Already a class at the University of Florida is being taught part time on the Island. Ira hopes soon the facility will host exhibits, classes and workshops.

The island also offers kayaks and paddleboards for rent so guests can explore the perimeters of the island. Picnic tables with grills are available — a perfect destination for a family day-cation.

To visit Deerfield Island Park, board a free shuttle boat on Saturdays or Sundays at Sullivan Park on the hour, every hour, between 10am and 3pm. Picnic spots and grills are available on a first-come-first-served basis. Kayaks and paddleboards are available on the island through What’s SUP Paddleboarding every weekend from 10am – 4pm. The cost is $25 for a two hour rental. For more information about kayaking and paddleboarding, visit whatssuppaddleboarding.com. For more information on The Friends of Deerfield Island Park, visit friendsofdip.org.

The Mythical Land of WaWa 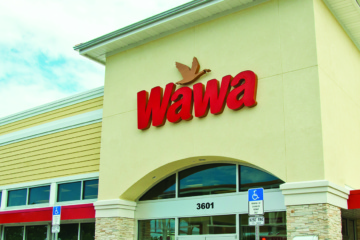