This month Miss Adventure straps on skates and elbow pads to join the Gold Coast Derby Grrls for an open tryout at Xtreme Action Park in Ft. Lauderdale.

This month Miss Adventure straps on skates and elbow pads to join the Gold Coast Derby Grrls for an open tryout at Xtreme Action Park in Ft. Lauderdale.

I envisioned war paint, bruised thighs and spandex. I predicted raw skid burns on my elbows and knees. I imagined grimacing, snarling, beastly girls ready to pummel me. I worried about chipped teeth and heard echoes of hockey slams and rugby tackles. These were the flashes on loop in my brain the day I knew I was to take my next Urban Adventure: skating with the Gold Coast Derby Grrls at Xtreme Action Park on Powerline Rd. in Ft. Lauderdale.

To my surprise, when I entered the rink arena that night, I heard warm laughter from small groups of girls congregating around the edge of the rink and saw friendly faces welcoming me to my first open practice. One of the leaders of the group (a girl who goes by the derby name “Anakin Skyblocker” and coaches the newbies like me, who are referred to by team members as “Fresh Meat”) showed me onto the rink where there were plastic boxes full of knee pads, helmets, wrist guards and elbow pads.

I couldn’t help but feel like a jittery five-year-old learning to skate for the first time as I slid on the knee pads and velcroed on my wrist guards. After tying up my skates (which are the classic, old-fashioned kind with actual shoelaces), I stood up on the wheels feeling wobbly. I shuffled my feet to the edge of the rink and took a breath before stepping cautiously onto the slick surface. I realized then that my enemy was not going to be the other badass players, but rather my own klutziness. I had not skated in about a decade and felt completely inept with those clunky appendages at the ends of my precarious limbs.

Luckily, at these open recruitment nights, the skaters separate into groups — the Fresh Meat group (where I belonged), and the seasoned players. While the real team did drills around a large oval of neon cones in the center of the rink, the Fresh Meat skaters convened on the far end of the rink, far out of the way. If one can’t quite make the Fresh Meat cut, there’s even one more step down — the “Rotten Meat” group.

To say I was relieved at this skill-level separation is an understatement, though some part of me looked longingly at the heat of excitement at the center where a coach blew a whistle and called out commands. This coach, by the way, went by the derby name  “JustAss of the Piece” (in reference to her status as an ex-stripper-turned-lawyer). Derby names, I came to learn, are a fun tradition granted to each girl who joins the league.

Anakin Skyblocker circled up the newbies and taught us — a group of about 15 girls — how to do the most basic maneuvers: the T-stop, the wedge stop, spinning around to skate backwards, and my personal favorite, jumping over a styrofoam pool noodle laid out on the ground. The first jump over that noodle was rather comical — my wheeled heels flew out from under me and my ass thumped hard on the ground (leaving a bruise I wish I could brag about). This was the case for most of us fresh meats. Yet, the second try was much more successful. I can’t say I got too much air over that neon green noodle, but I did land on the other side without falling, which felt like a grand accomplishment.

What was remarkable was how quickly being on skates began to feel comfortable. By the end of the two hour practice, those initially clunky appendages had started to feel more like solid shoes or a part of my own leg. By the end, Anakin had the entire Fresh Meat group doing exercise drills with our skates on: push ups, suicides, squats and lunges, all on wheels. Quite impressive I’d say. And good exercise.

I felt rather encouraged by our amateur group’s progression — that is, until my eyes wandered toward the center of the rink where the real Derby Grrls were skating in tight huddles, stopping on a dime, blocking, shoving and making it all look easy. Still though, I felt accomplished.

After practice was over, the Fresh Meat group huddled up to hear about the upcoming practice schedule, some special events the team would be participating in (including a St. Patrick’s Day parade and an upcoming team garage sale) and hear from a referee who encouraged us players to volunteer at the games in order to learn the rules (which, I have come to understand, are rather complicated).

After de-skating, pulling off my now sweaty pads and running my fingers through my helmet-caked hair, the girls from the team invited me and the other Fresh Meat out for team beers at a local grill.

It suddenly became apparent to me that this sport was about much more than the game itself, but about the camaraderie and friendship of the team (a very eclectic and eccentric group, I might add). Anakin told me the team is always doing something together — whether it’s volunteering, participating in community events, traveling to tournaments, doing karaoke or just hanging out over a frosty brew.

“The team is family,” she said.

And for one night, I felt a part of that family. For the next week, I dreamed of perfecting my skate skills and seriously considered showing up for the next practice. I even recruited a few people to help me brainstorm up a proper derby name. The names my boss, boyfriend and friends came up with: Char-broil (for my last name), Mile High (for my hometown of Denver, CO), Skittle Sizzle (a play on one of my other nicknames) or The Huntress (after the DC comic). None of these seem quite satisfactory, but perhaps if I pursue the sport, the right one will materialize.

Get Involved or Watch a Game!

You too can get involved in Derby Grrls or come out to watch them battle. The Gold Coast Derby Grrls are doing well this season. In April, they beat the higher-ranking Big Easy Rollergirls from New Orleans 251 to 72. The game had a raucous packed house.

The next home game at Xtreme Action Park (5300 Powerline Rd., Fort Lauderdale) is on July 15th against
the Brandentucky Bombers.

The Gold Coast Derby Grrls host open recruitment nights regularly. Check their Facebook page at facebook.com/GoldCoastDerbyGrrls/ for the most up-to-date schedule, or visit their website at goldcoastderbygrrls.com.

If you’d rather just try skating on your own, check out Xtreme Action Park at xtremeactionpark.com. There’s also high-speed go-carts, a rope course, trampoline park, bowling, escape rooms and an arcade. 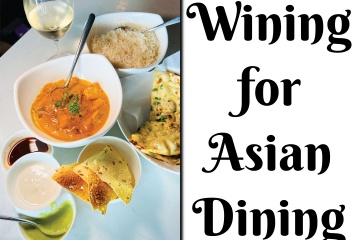