When I was a kid, my father (a passionate music lover with a vinyl collection that would make 60s and 70s aficionados drool) made me sit down to watch the director’s cut of the documentary Woodstock. My dad had been a manager of a shoe store in Massachusetts that famed summer of ‘69 and missed his golden opportunity to see a lineup of 32 of Rock ‘n’ Roll’s finest including Janis Joplin, Crosby, Stills, Nash & Young, The Who, Jefferson Airplane, Creedence Clearwater Revival, Jimi Hendrix and The Band. I think my father always regretted choosing responsibility over his chance to throw caution to the wind and join his friends for a magical weekend — one Rolling Stone listed as one of the “50 Moments That Changed the History of Rock and Roll” —  a pivotal moment in the development of the counterculture.

So, on a winter’s night in Colorado, my father sat me down, flipped on the tv and made me join him to live vicariously through the wild video footage of the festival he missed. As a 12-year-old girl at the time, I didn’t much care about Woodstock, the musicians or the counterculture. I saw my dad’s attempt at musical education as some rare form of torture in which I was forced to sit still for almost four hours (225 minutes to be exact). But to this day, I remember Jimi Hendrix with his (supposedly) acid-soaked bandana and fringe-shirt playing the Star Spangled Banner. I remember Santana’s lightning-speed riffs and the long-haired hippies skinny dipping in the lake. I remember the crowd of 400,000 people passing joints and proclaiming peace and love. The imagery burned itself into my brain and I later envied my dad’s generation for its sense of freedom, musical innovation and rebellious spirit.

My dad passed away in February of this year, so in March, when I found myself packed in a sweaty crowd of thousands at the Okeechobee Music Festival, staring up at a musician on stage wailing on a Sunburst Fender Stratocaster (the electric guitar Eric Clapton played and the guitar my dad bought me when I was a teenager), it suddenly struck me that my father’s musical education had indeed succeeded. Not only did I know the musician was playing a Strat (and his bandmate a Les Paul), but I had managed to find my way to a field in the middle of nowhere with almost 40,000 other free-spirited people camping and appreciating music. (Okeechobee Music Festival takes place at the Sunshine Grove, which has 800 acres of grasslands and exotic tropical woodlands.)

My generation has, in many ways, adopted the traditions of Woodstock into festivals like Burning Man, Bonnaroo, Coachella, Lightning in a Bottle, Electric Forest, Sasquatch and South Florida’s own, Okeechobee Music Festival. These inhibition-free weekends of music, art and camping give a nod to their predecessors. People trip acid, swim in lakes, pass joints, stay up all night, dance, body paint and first and foremost, listen to music. Now, however, in addition to Rock ‘n’ Roll, we have electronic music, DJ sets and Dubstep. Along with acid, we have ecstasy. In addition to stage antics, we have insanely psychedelic laser light shows that, even sober, make you feel like you’re on drugs. And while we don’t have Hendrix lighting his guitar on fire (as he did at the Monterey Pop Festival in 1967), we do have fire. At this year’s second-annual Okeechobee Music Festival, there was a satellite stage with over three-dozen propane tanks; When the DJ would drop the bass, the stage would burst into color-changing flames.

The Okeechobee Festival (which sold out 36,000 tickets this year) combines the classic with the new. The fantastically diverse lineup included some rock (Cold War Kids, The Lumineers, Kings of Leon and Young the Giant); some funk and soul (Allen Stone, Blind Boys of Alabama, George Clinton & Parliament Funkadelic); some pop, rap and  R&B (Usher & The Roots, Solange and Wiz Khalifa); reggae (Soja); and, by far the most-popular of the festival, electronic/dubstep/DJ giants (Bassnectar, Pretty Lights, Flume, Griz, Nightmares on Wax and Jacob Collier). This is just a small sampling; There were over 100 sets on the lineup.

Just as I lived vicariously through the video footage of Woodstock, I thought I’d give you some snapshots of Okeechobee through which to experience secondhand. The following are some selected highlights of this year’s festival:

On stage is a musical mad scientist from London by the name of Jacob Collier. He has an insane look in his eye that reminds me of “Doc” Brown in the DeLorean from Back to the Future. He has out-of-control hair that flys up and down as he moves frantically from instrument, to instrument — a one-man-band-slash-DJ. His skeleton frame looks tiny under an oversized white tee-shirt (reminiscent of a lab coat), but his manic charisma is galaxy-sized. He wails on the drums in hyper speed, slides over to the keyboard for some quick scales, hops over to pluck some strings on a stand-up electric base, dashes back to throw on an electric guitar, plays a few riffs, spins around to a turntable, back to the keyboard, to the drums, to the mic, then picks up some kind of homemade instrument with an air tube and miniature toy keyboard.

Behind him are some psychedelic digital graphics — multiple images of him playing the various instruments so it appears as if the real him is accompanied by a gang of digital clones. The colorful visuals have trails on them. Flashes of light pop off above and around his set-up. I’m completely sober but it’s beginning to feel as if someone has slipped me something. I feel like Hunter S. Thompson at Circus Circus in Fear and Loathing in Las Vegas when the bartender turns into a lizard. Surrounding me are people laughing maniacally on drugs, googly-eyed and mesmerized by Collier’s antics.

To my right is a plump man in his 40s lounging in a blow up canoe. He’s holding a 5-foot long didgeridoo like an elephant’s trunk toward the hazy sky. He leans forward and starts to use the instrument as a paddle as if he’s battling rapids on an invisible river. The man is on acid and he’s tripping hard. He looks terrified. A glowing flower child sees his distress and comes to his side. She caresses his shoulder and says “You’re safe. You’re safe.” He looks assured for a moment, but suddenly throws his head back, arches his back and buries his head upside down into the tail end of the blow up canoe, resting the didgeridoo down his belly, in between his legs. He stays there for the next hour.

Collier’s thick London accent is charming. The young man has some serious energy. Just watching him is exhausting, yet the experience is, to say the least, memorable. He is a fascinating cross between a magician, mad scientist and musician.

My dad used to bemoan my generation’s music. “It’s so formulated,” he’d say. In the late 90s (an era of Britney Spears and Spice Girls), I would have agreed with him. But in the past ten years, I’ve seen the creativity of electronic music elevate to levels I think even my dad would be proud of. Electronic music is no longer the repetitive video game noises on loop. Now it is textured, complicated and emotional. I find it something akin to jazz — with its layers of sound and depths, spontaneous-sounding rhythms and ability to move a stiff body involuntarily into dancing.

By far, the most attended shows at Okeechobee were the electronic sets. People were staking their spots on the ground for Bassnectar a whole two hours before the show began. Bassnectar on Saturday night was hard hitting and intense with a strong dubstep undercurrent, while Pretty Lights on Sunday night was a bit more melodic and transcendent. Flume, the 24-year-old beatmaker from Australia, was a mix of both. He effortlessly transforms popular cover songs into a whole new animal. All three shows equally transported guests to another plane. The laser light effects for these shows were insanely artistic — like being beamed up into a spaceship. Good music and art does that — it takes you places.

I really didn’t want to go to see this Donna Missal chick play. I had never heard of her, it was hot out, I was sunburned, her name reminded me of an evangelical gospel singer and according to the Okeechobee phone app, she had only one track to her name. Reluctantly, however, I followed my friend to the stage as the only other band playing during that weird afternoon time slot looked and sounded a little bit like the Hansen Brothers.

When we arrived, my preconceived ideas about Missal were immediately smashed to smithereens. Donna Missal’s vocals shifted effortlessly between styles: At times she was powerful and raw (like a young Blondie), other times seductive and alluring (like a Lana Del Rey). Her almost all-female band (two rocking and sexy female guitarists, plus a male drummer) reminded me a little of Garbage at points. While her voice was beautiful, there was this element of soulfulness, smokiness and grit that drew me, and others, in. Missal started with a small gathering of about 20, but within a few songs she had seduced hordes. Like Homer’s Sirens, Missal and her band lured people from afar.

Missal wrote most of her own lyrics, which were poetic and wholehearted. When she thanked her crowd after each song, she had a refreshing level of humility and gratitude about her. Plus her backdrop (a cartoon of Trump making out with Putin) was rather funny. I would not be surprised if this is only the beginning for Missal, who is up-and-coming from New Jersey.

One must know that any band named Rainbow Kitten Surprise is bound to be interesting. The lead singer, Sam Melo, is a true comedian and performer. He practically did pirouettes around the stage. His Shakespeare-worthy gestures and charismatic humor would make him a great host for an MTV show (something like Tom Green). Yet, though the band clearly doesn’t take themselves too seriously, it’s clear they take their music seriously. They sound like a cheerier version of Modest Mouse, with a steady drum beat, heavy percussive elements, melodic guitar leads and conversational, distinct-sounding vocals. It was not surprising to find the band lists Modest Mouse as one of their influences, along with Kings of Leon. Yet their sound is a bit brighter. Frankly, they make you want to bounce around and be happy.

A blend of latin and reggae, plus a sliver of hip hop, Soja was the only show where almost no one stood. Everyone picnicked on blankets, lounged in hammocks and swayed back and forth, cross-legged on the grass. It was as chill as a towel on a caribbean beach. It was also the “greenest” part of the festival — we’ll just say the smoke was so thick you could swim through it.

A Break From the Scene: Yoga, Tea Garden & Soberchobee

For those needing a break away, there were  yoga workshops almost every hour throughout the day, a tea garden with hammocks, couches and hot tea, plus an on-the-spot poet to write you custom poems on an old-fashioned typewriter. There was also a tent for those choosing to live a sober lifestyle where individuals could attend recovery meetings and get away from the drug culture. A sandy beach on the edge of the lake was also a nice respite from camping and crowds. 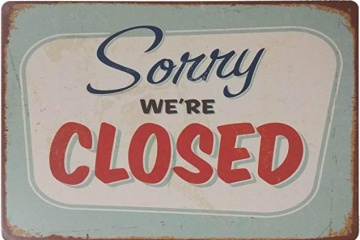