Sept. 30, 12:00am: The United States Coast Guard (USCG) is continuing a search and rescue effort for a missing diver whose last known location was off the coast of Deerfield Beach on Sunday.

The USCG Sector Miami Command Center received notification of the missing diver at around 6pm on Sunday from the commercial dive boat the diver had been on, according to a USCG spokesperson.

The USCG immediately began deploying assets to the scene. The search and rescue effort is being carried out by a 154-foot Coast Guard cutter, a 45-foot response boat from the USCG Station in Fort Lauderdale, and an MH 65 helicopter from the USCG air station in Miami.

The plan is for the search and rescue crew to continue its efforts until the first light of day on Monday, at which point another crew is scheduled to take over. Weather conditions, currents and water temperature will play a factor, said the spokesperson.

This is a breaking news story. More information will be provided as it is received. 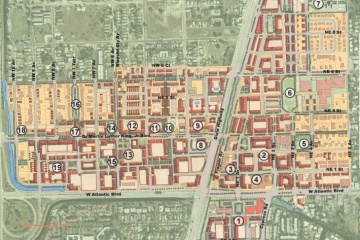