State officials are following up on a ProPublica report last month that Orlando uses alternative charter schools to boost ratings and hide dropouts.

State officials are following up on a ProPublica report last month that Orlando uses alternative charter schools to boost ratings and hide dropouts.

Florida’s Department of Education is expanding an inquiry into how schools classify students who leave without graduating, in response to a ProPublica report that the state may have thousands more dropouts than it acknowledges.

Also in reaction to the ProPublica article, the school board chairman in Orlando is asking the district superintendent for a formal report regarding concerns that low-achieving students have been pressured to transfer from traditional to alternative high schools.

Fifteen students at schools run by for-profit Accelerated Learning Solutions (ALS) in Orlando’s district said that, because of their academic performance, they had been denied admission to regular public high schools or told they had to transfer from them to alternative programs, according to our Feb. 21 article, which was co-published by USA Today. Some were pulled from class for surprise assemblies where ALS representatives gave a pitch to attend their schools.

ProPublica also found that these alternative schools could be significantly undercounting dropouts by coding students who leave as withdrawing to enter adult education, such as GED classes. State rules don’t label withdrawals for adult education as dropping out.

ALS ran seven of the 10 high schools statewide with the most withdrawals to adult education in 2015, including the top five. Company officials couldn’t say where these students actually went — or if they took any GED classes. If all such withdrawals from ALS schools in Florida were counted as dropouts, the number of times that students quit statewide in 2015 would increase by at least 5 percent. Last week, Orange County’s school board voted unanimously to renew its contract with one ALS school, Sunshine High, which had the most withdrawals for adult education in the state in 2015.

The state education department, which was already reviewing graduation-rate data, will broaden its examination in light of ProPublica’s findings, a department spokeswoman wrote in an email. The state board of education will consider the matter at its March 22 meeting.

Linda Stewart, a Democratic state senator representing part of Orlando, expressed dismay in a recent interview about the apparent underreporting of dropouts.

“This little play of numbers, it needs to be stopped,” Stewart said. “They need to play by the same rule book that everybody else plays by.” She said she would ask the state Department of Education to look into the questions concerning data collection and see if lawmakers could help with a “corrective measure.”

Last month, when ProPublica asked Orange County officials about traditional schools pressuring low-achieving students to transfer to alternative schools against their wishes, they denied it was happening.

Once the article was published, though, people stepped forward to say the issue had been simmering within the district for years. At the school board meeting last week, and in comments to ProPublica afterwards, board member Christine Moore said a “handful” of Hispanic parents had complained a couple of years ago about pressure to transfer to alternative schools run by a for-profit company. Moore said she had ALS “investigated,” and told district staff to speak with personnel at traditional high schools to make sure they were not pressuring students to transfer. She said she would like to see a checklist developed for such counseling sessions, to make sure families understand all of their options.

“My only concern is to make sure the parents and the students are counseled with all of the options and that they are given the choice,” Moore said.

Moore said that the investigation she spurred had corrected the problems. “There were systems put in place to be sure that every child had the opportunity to go into the setting that best met their needs,” she said. “And so to me, this has already been answered and addressed and it had been taken care of.”

A former middle school math teacher, Eric Schwalbach, said that former students of his who were struggling in high school told him they were encouraged to attend the charters. At the board meeting, he offered to provide the students’ names and suggested that members “go to Sunshine personally and say ‘Hey, how did you end up here? Did somebody encourage you to leave?’”

“We can no longer just move 2000 (sic) kids that OCPS failed to meet their needs out of our low income high schools to subpar charter schools …,” he wrote in a May 20, 2016, email to Jenkins, “to make our school grades look better on paper.”

And in a blog post last June that was emailed around last week, Matthew Fitzpatrick — a former district high school assistant principal — outlined how regular district schools could be improving test scores by pushing low achievers towards alternative schools like those ALS runs.

“Now, understand, many students are not finding success in traditional high schools, and they need a change of venue,” Fitzpatrick’s blog post said, “but we shouldn’t brag about the great success and progress we are making if all we did was get rid of our lowest students.”

Sublette, the board chairman, said he initially asked Jenkins to investigate students’ claims in the ProPublica article that school staff pressured them to leave. Jenkins responded that she had already investigated the concerns, Sublette said, and found them without merit. Still, he said, he asked Jenkins to detail at the next school board meeting what steps she took.

Orange County parents also expressed concerns about the alternative schools at the board meeting. “Children who are not succeeding in a traditional school setting need more help, not less,” said one, Heather Mellet. “The answer is not to push these high-risk children further into the shadows.”

Mellet also asked Moore and a second board member, Pam Gould, to recuse themselves from the vote because they had accepted campaign donations from ALS. Moore has received $1,250 in contributions from ALS, its lobbying firm, and a lawyer who works for the firm. She said the donations didn’t influence her vote. “You go to a fundraiser and the lobbyist hands you checks,” she said. “We get contributions from lots of people.” Gould has received $2,000 from the same sources. Gould said the contributions were transparent and did not constitute a conflict of interest under Florida law. The school board’s attorney said at the meeting that neither member needed to recuse herself.

Sublette defended the quality of the ALS schools. “I’m proud of these schools and I’m not even hesitant about renewing this charter” with Sunshine, he said.

But that’s not the number district leaders use when boasting of Orange County’s academic prowess: Instead, they often prefer the higher graduation rate for traditional schools — which excludes charters like the ALS schools.

Sublette and Jenkins touted that rate in last year’s state of the schools address, which is typically aimed at the business community as well as the general public.

“[T]he accomplishment we’re proudest of, and the one our community, our teachers, our parents and our hard working students deserve all the credit for, is our graduation rate,” Sublette said during the May presentation. “Over the past 15 years the graduation rate at our 19 traditional high schools has risen from 49 percent to 90 percent today!”

When Jenkins recently filmed a short video as one of four finalists to become the national Superintendent of the Year, she, too, cited only the traditional schools’ rate: “The graduation rate among our traditional high schools is at an all-time high, at 89.6 percent,” said Jenkins, who was named Florida’s superintendent of the year last November.

Company representatives did not speak at the board meeting. “We are grateful for the School Boards support and recognition of our work and successes and remain committed to providing the highest quality of programming,” ALS President Angela Whitford-Narine said in an email.

At the request of Sunshine’s principal, one graduate, Charles Jackson, addressed the school board. Jackson’s comments suggested that, as with the students in the ProPublica article, his departure from a traditional high school may not have been entirely voluntary.

Jackson added that he felt welcome at Sunshine.

“Just because my regular school didn’t want me,” he said, “Sunshine took me in.” 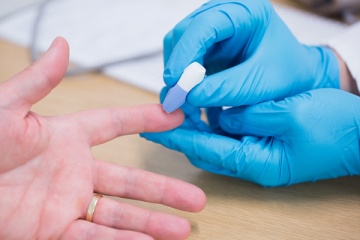