Oct. 2, 10:45 PM: Just hours ago, the United States Coast Guard (USCG) suspended its search and rescue efforts for a 55-year-old male diver who was reported missing off the coast of Deerfield Beach on Sunday evening.

According to a spokesperson for the USCG, the search has been suspended pending any new information that would warrant resuming it. As of this morning, approximately 4,600 square miles of ocean had been searched, with no trace of the diver.

The missing diver was visiting the area from out of state. He was among a group of 16 scuba divers who went out on the commercial dive boat Lady Go Diver, and did a drift dive on a reef just northeast of the Deerfield Beach International Fishing Pier in about 50 feet of water.

The diver was experienced and certified, according to Arilton Pavan, the owner of Dixie Divers in Deerfield Beach, which operates the dive boat.

The group’s first dive started shortly after 2pm, and was completed without incident. After the second dive, which ended at about 5:30pm, the missing diver failed to resurface.

The USCG began its search efforts just after 6pm on Sunday, after being notified by the captain of the dive boat that the diver was missing. The Broward Sheriff’s Office also joined in the search.

After reporting the incident to the USCG, the dive boat did its own search of the area and didn’t return to shore until about 8pm, said Pavan.

The USCG’s search and rescue efforts today were carried out by a 154-foot fast response cutter and an HC-144 CASA surveillance aircraft. Since Sunday, USCG air and sea crews continuously combed the waters in the vicinity of the diver’s last known location.

Photo Courtesy of the USCG.

Pompano Beach Puts A Freeze On Construction of Self-Storage Facilities 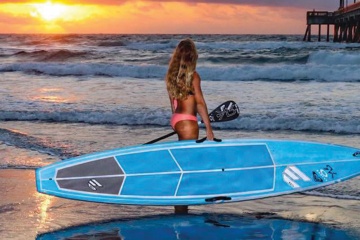