In the early 1980s, NASA devised a safety technique to retrieve astronauts should they become untethered during space walks outside the space shuttle. It involved a rod and reel-like devise. They called Tom Greene because they knew there was no one better at casting a rod and reel.

In 1978, a business man paid Tom $1,000 per day for three days of fishing. Tom made the customer catch his own bait and fish from a bridge in the middle of the night. But he caught amazing fish and gave Tom the $3,000 plus a $2,000 tip. Tom Greene has a passion for fishing and he’s shared that passion with thousands of fisherman in the 57 years since he “caught” his first fish. Tom started fishing with his family in Boca Raton in 1959 at age 11. He became a small part of the fishing industry a few years later working at the local bait and tackle store and he’s been teaching the rest of us how to fish ever since.

His book A Net Full of Tails is a collection of stories from his many encounters with huge fish and famous people. Local fishermen should read it. Others can take my word that the stories are worth their time but everyone in South Florida should know about Tom Greene. Fishing is a big part of the area and so many aspects of the sport connect to him in some way. “Life is good, everyday” sums up a lot about the 68-year-old Greene. Life (rather than death) is good no matter who you are or what you’re doing he explained over lunch at Seafood World where he can be found on most days. We both ate the Tom Greene special, which was excellent. Tom has a steady optimism that seems to guide his every mood. Fishing action can range from slow or chaotic; Tom seems to have honed an attitude that steady is best approach to it and life.

Tom has an encyclopedic knowledge of fish, bait, tackle, tides, moon phases, weather – anything that can effect the ability to catch fish. In his office for a few hours he took some random calls from customers. During each one, he would pounce on the callers questions with definitive responses, usually teaching me something each time. (Did you know there are two species of ballyhoo? Green shitters and Blue backs. Really. I don’t make this stuff up.)

He’s an antique fishing reel collector, write articles on fishing; his knowledge of fishing seems endless.
During February and March when his favorite prey, schnook, are spawning, none of the usual baits or tactics will work. Through trial-and-error and keen observation, Tom noticed that croakers (a small, silver fish like a snapper) were seen by the schnook as threats to their nests. So he explained to me that “Catching the schnook is easy. Catching the bait is the hard part,” then tells the story of two days fishing for 12 croakers followed by few hours to use each one to catch 12 schnook. “I always try to see the situation as a fish sees it,” according to Tom. We didn’t talk about many specific fishing tactics but each time we did, he painted a picture of the technique from the eye of the fish so I could imagine how my bait or lure was seen by the fish. I admit openly that I can relate to Tom. As a kid, I would fish at dawn and then again later in the day until it was so dark I couldn’t see much of anything. But Tom was and is from a much more intense league than I ever was.

A story not in the book seems to have the most nostalgia for Tom. It wouldn’t make a book since it doesn’t involve actually fishing but it says so much about Tom, fishing and him growing up in Boca Raton in the 1960’s with just 3,000 or so residents. He worked at the local tackle store and each year, the owner would shut it down for a week in the summer for vacation. There were no tourists so business was slow then. Tom and a couple friends would use the week to catch fish at the Jupiter pier, several miles north of Boca Raton. Tom was 14. These teenagers packed up their ample fishing gear and camping stuff, planning to camp under the pier for the week. They stopped to fish for a few hours from a bridge in Boynton Beach on the way to Jupiter. They were accustomed to fishing very late and into the morning hours. They didn’t think twice about the police officer stopping them at 4:00 a.m. while pedaling their bikes on Federal Highway. But the police officer was not accustomed to boys on bike with so much sophisticated hardware in their possession at such an early hour. Things started to look bad for Tom and his friends. Then Tom asked the officer to radio his dispatch and have that person telephone the Boca Raton police station. Tom knew the police chief would be on duty and he explained why in such detail that the officer obliged the request. When the police chief was asked about this kid named Tom Greene, reportedly fishing at 4:00 a.m. with 43 top-quality rods and reels, the police chief asked back; “What did he do with the rest of it?” The officer let the boys continue and even stopped by the pier to see how they were doing a couple days later. And pick up a couple schnook filets for his dinner table. Tom got emotional about that story. As a boy, fishing occassionally provides the chance to face the world like an adult. There are times when your opinion of who you are changes. Tom grew up a notch that day.

There is a right of passage that Tom sees on a regular basis these days. The men who he once taught to fish either a little or a lot, will come to his store, Custom Rod & Tackle in Lighthouse Point with their sons or daughters to meet this man called Tom Greene. He inspires that kind of pilgrimage. By the way, that first fish he caught in 1959 really just jumped on the bank of a canal. Tom literally placed in his hook in the fish and bragged to his brothers and sisters. Not the most fantastic beginning to what has become an impressive career. His book is full of excellent stories including one with a monster 300-plus-pound tarpon. I’ll end with a small part of my favorites. The Jack Crevelle is regarded by many as the toughest fighting fish on a per-pound basis; very fast and very strong. A 20-pounder will rip the rod out of your hands. A 40-pounder will rip you out of the boat. Tom hooked a 43.5-pounder on the Boca Raton beach. He chased it on foot down the beach for over 5 miles until he landed it near the Deerfield Beach pier. The part that is unique about this story is the Boca Raton inlet got in the way. He had to dog-paddle across the inlet with his rod in his teeth and that fish on the line. Most people fish because it’s fun. Tom fishes because he has no choice. 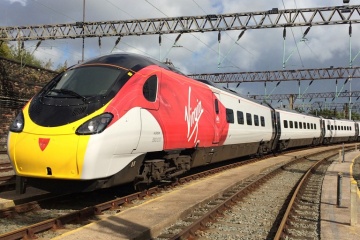