Lighthouse Point resident Shelly Tygielski is a corporate executive turned meditation “yuru,” or simply an avid meditator and practitioner of mindfulness. We sat down with Tygielski to talk about where this passion came from, what made her leave the corporate world and much more. 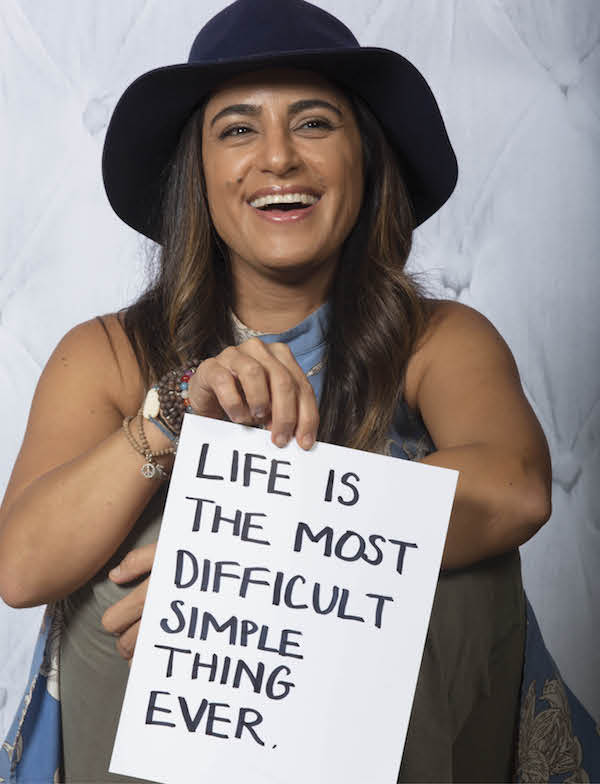 “Calm is a superpower,” Tygielski told me during our interview at the Nauti Dawg Marina Cafe. A twenty-year veteran in the business world, Tygielski rose the corporate ranks to eventually become President of Kent Security, a Miami based company. At the height of this success, she left it all to bring mindfulness and meditation to the people of South Florida. “I’m an unlikely meditator,” she told me. “You don’t have to fit a certain image to be a meditator. All sorts of people meditate because it’s helpful, it helps you be a better person.”

It appears that Tygielski’s life and meditation philosophy revolves around intentions — focusing on embodying certain qualities instead of trying to reach often unrealistic material goals. In many ways, Tygielski is intending to be a helpful person, someone who shares her experiences openly to help others along. This perhaps best captures what she means when she calls herself a “yuru:” she is not a guru, some arbiter of enlightening knowledge, but a regular person who is passionate about meditation and mindfulness.

Tygielski’s claim to fame, so to speak, is Broward Meditates, an event that sold out at the Amaturo Theater at the Broward Center for the Performing Arts in September of last year. Tygielski also runs a weekly guided meditation on Hollywood Beach that has attracted upwards of 1,000 meditators from all walks of life. And she is working on her book “The Unlikely Meditator” which should be published in late
February of 2018.

Where it All Began

Tygielski discovered meditation as she knows it today while at graduate school in New York. Born in Israel into an Orthodox Jewish family, Tygielski grew up practicing Orthodox Judaism. After 20 years of practicing, the religion began to lose real meaning for her. “I grew up in a sort of bubble, living in my household in Israel,” commented Tygielski. “The way I lived revolved around my religion. This is the way you pray, this is the way you eat. It becomes rote, it loses meaning.”

Nevertheless, Tygielski kept practicing throughout graduate school. “I would wake up and do my morning prayer walking across the campus. Every morning, while I’m walking with my head down in the Torah, I would look up and notice this Japanese couple sitting in the grass in complete silence. I looked at them, the way they looked, and thought ‘they’re getting something I’m not.’ They just looked so… zen.”

Curious about what the couple was doing, Tygielski asked them about it. “It planted a seed,” said Tygielski.

It was not until she went to a lecture by Dr. John Kabat-Zinn that she knew meditation was something worth pursuing. Kabat-Zinn’s work, which tracked the ways that regular meditation impacted brain growth in subjects with post-traumatic stress disorder, opened Tygielski’s eyes. Where Orthodox Judaism had lost meaning, the tangibility of meditation hooked Tygielski.

The seed that was planted in graduate school has since grown to become central to Tygielski’s life. Every morning, she wakes up and gets to meditating. “I call it RPM: Rise, Pee, Meditate,” commented Tygielski with a laugh. “When I’m in the bathroom, I write a word on the mirror, something that I call an intention. This can be a word like ‘kindness’ or ‘gratitude.’ I then meditate on what the word means to me and how I, if only for today, can embody that word. What’s so great about this system is that when I get ready for bed in the evening the word is right there waiting for me. It gives me the chance to reflect on my day. Some days I think I did a good job with the intention, but other days I realize I didn’t.”

The fast changes that come with adjusting to life as a newly-graduated adult led Tygielski away from regularly practicing meditation, despite the borderline obsession she developed in graduate school. Life went on and Tygielski found herself in her late 20s, married, and with a child. “It wasn’t a great situation,” said Tygielski. “My husband and I weren’t happy together. We were in the process of getting a divorce, but things were stalled. We were living separate lives in the same house.”

Tygielski’s life became difficult to manage. Stressed by work and dealing with a tense home life left her feeling helpless. Stress seemed to seep its way into all aspects of her life.

Then, one morning, things became much worse. “I woke up one morning and couldn’t see,” Tygielski said. “Everything was whited out, like a dense fog.”

After consulting an ophthalmologist, Tygielski learned that what she experienced was a symptom of an autoimmune disease called Uveitis. The disease is triggered by stress; the brain tells the body that there is an infection in the eyes and the body sends white blood cells to fight it. Of course, without any actual infection all the white blood cells do is blind the victim.

Tygielski consulted the doctor on how to deal with Uveitis and learned that, on average, people with the autoimmune disease go blind before age 40. “I thought, I’ve got to get better,” said Tygielski.

In an effort to reclaim control of her life, Tygielski decided to get the divorce finished as quickly and painlessly as possible. “I told him, I want $10,000, my personal belongings, and my son.” Two days later, Tygielski moved out.

“I had a friend in Hollywood Beach that was willing to put us up,” Tygielski recounted. “So there I was, sleeping on an air mattress on the floor of a one-bedroom apartment in Hollywood with my son. And I looked around and thought, ‘I have nothing, but I have everything.’”

This experience can account for much of Tygielski’s philosophy in her meditation. In particular, Tygielski is adamant about the idea of intention-based living. In the same way that she starts her day, she believes that people should focus their ambitions on intentions rather than tangible goals.

Tygielski has come a long way since the floor of that Hollywood Beach apartment. In the years following, Tygielski worked her way up through multiple companies, the apex of her climb being President of Kent Security. She also got married to her current husband, Jason, who she described as “the exact opposite of everyone she had ever dated.” She moved to Lighthouse Point with Jason and her son where they are today.

In November 2015, Tygielski received a phone call from a friend of hers. Her friend had just been diagnosed with breast cancer and wanted Tygielski to teach her to meditate before she started chemo. Of course, Tygielski agreed and asked her friend, along with a few others, to join her on the beach in Hollywood. Although they had to relocate to North Beach Park because of weather on the beach, Tygielski and friends came out of the meditation wanting to do it again.

Next weekend, they met back up (on the beach this time), but her friends had brought a few more people. The following weekend, those friends brought some of their friends, too. Eventually, so many people were attending that Tygielski had to invest in a speaker system. By Mother’s Day weekend, just six months after the first group meditation, there were 1,100 people attending Tygielski’s guided meditation on the beach, not to mention that she was also President of Kent Security.

These sessions are provided by Tygielski for no charge and they are always open to all. “It’s a group of unlikely meditators. I mean, I’m an unlikely meditator myself. We have 70 and 80 year olds, teenagers, Republicans and Democrats, all sorts of people who you would never expect to come out and meditate on the beach. But they’re all out there, sitting next to each other and learning to be mindful.”

Pick up the Phone

Still President of Kent Security, Tygielski was living the life of a busy executive. She climbed the corporate ladder and came out on top. “I basically broke through the glass ceiling,” Tygielski remarked.

On the way home from a vacation in June 2016, though, Tygielski felt physically sick. “I started thinking about work and I got this knot in my stomach.” The feeling was something she had been building for a while, but had never gotten to the point of physical sickness. That event seemed to stick with Tygielski in the coming months as new opportunities came her way.

“I got a call from my friend’s sister who works at a publishing company. She had been following my social media for awhile and asked me if I wanted to write a book proposal for her along the lines of the stuff that I post.”

Tygielski happily agreed to take on writing a book, but had to juggle that with work. Her solution was to wake up at 4:30am, meditate, write, and then head to work. This lifestyle was not unmanageable for Tygielski, but she found the more she worked on teaching meditation, the more she realized that her work at Kent Security was not making her happy. “I didn’t like my job, but I was good at it,” Tygielski remarked.

So, after a few months of trying to juggle both work and meditation, Tygielski’s husband, recognizing what would make her happy, pushed her to quit her job. “The phone is ringing,” Tygielski recalled, “pick up the phone!”

This unlikely meditator’s inspiration is not in finding more in meditation for herself, but for bringing it to others. “I’m a seed planter,” said Tygielski. It is clear that Tygielski hopes she can bring people out of stress or helplessness in the same way that meditation did for her.

“It’s not about quieting the mind,” explained Tygielski, “it’s about learning to coexist with your thoughts. The mind is like a traffic jam. We want to get out there and fix it, direct traffic, clear it out, maybe even get into the cars and drive them out. But that’s not how it works. Those cars are never going away. There’s 80,000 thoughts that go through your mind a day, most of them are recycled or repeated. The point of meditation is to stop that repetition and focus on a single thought, to hop in the red car over there and take it for a drive. You have to learn to control how you navigate your thoughts, learn to coexist with them, and cease to react to every single one.” 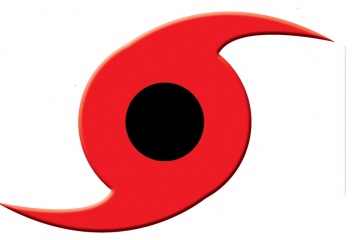