Acting, Dancing and Singing Their Hearts Out! 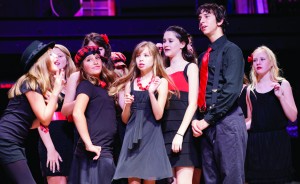 Children’s theater has come a long way, since originating in the ecclesiastical schools of Western Europe in the 13th century. A prime example of such an enterprise is The Sol Children Theatre Troupe in Boca Raton that, not only cultivates a young person’s interest in the arts, but also develops many undiscovered talents.

On the eve of their final production of their original show, HERE WE GO AGAIN, Rosalie and Michael Pilato, the Summer Camp Director, were kind enough to answer some questions for us.

How long have you been working together?

MICHAEL: The Sol summer children’s theatre camp had been in place a year before I even knew about it. The second year of the camp I was hired as the assistant. The next year they hired me back as an acting teacher, and I was more than willing to go for it.

ROSALIE: And more than capable of going for it. Last summer we bumped Michael up to director and brought him back as camp director this year, so he progressed nicely.

How do you go about choosing the summer plays?

MICHAEL: We think about the kids first off. We want to pick things that will showcase them the best and that’s a hard job because there’s not a lot of shows that are geared to giving fifty members the spotlight.

ROSALIE: And we’re a performing arts camp, which means we want to make sure every child gets a chance to study dance, voice and acting, so we get a musical that’s going to showcase all three. We start planning during the months of October through December.

How does the camp experience nurture children’s creativity and how do they carry that with them when they go back to school?

MICHAEL: We started incorporating actual classes because we were worried that the camp was going to be too show-oriented, and wanted the campers to have a full experience. We designed it so that there would be acting, dancing and singing classes throughout the day. In the afternoons we work on the show.

ROSALIE: And a step further from what Michael is saying is that we’re seeing these kids, not only love this camp, but they’re the stars in their schools because they’re well-trained. We know this because their teachers tell us.

Do the kids have to audition to become a part of the camp?

ROSALIE: No. They register.

I’m curious about the play HERE WE GO AGAIN. Is this an original piece?

MICHAEL: We’re doing one original song. The rest are coming from our sources, other plays and musicals that inspired us. It’s a revue with a storyline that essentially depicts acting, singing and dancing as separate arts, and it’s in two-acts.

MICHAEL: One thing I’m really happy about is that every camper gets a piece of ownership with it because they get to actually write their specific scenes.

ROSALIE: I walked in on his class and was in awe and could sit for hours and listen to them talk about what they’re doing. They talked about dream sequences and how they could make them part of the plot of the play.

I want to ask you about Keith Grant.

ROSALIE: He’s my husband of almost a quarter of a century.

How did the two of you decide to start Sol?

ROSALIE: I was an actor and a director at Sol Theatre Project in Ft. Lauderdale and decided I didn’t like acting anymore, but wanted to direct. Dan Guin from Boca Ballet Theatre called me and said the Little Palm Family Theatre was closing. I looked at my husband and said, “Let’s go home and start a theater in Boca.” He thought I was out of my mind, but finally agreed. So, we loaded into our little theater. The kids built the platforms and put up the walls. We’d be there from dawn until midnight. It was in 2005, the year that three hurricanes hit us. The back of the building caved in, so we had to re-build. It had to be done and we did it.

The Sol Children’s Theatre Troupe has been honored by Nickelodeon as the “best children’s theatre in South Florida.” How did this happen?

ROSLIE: We’ve won two years in a row. Nickelodeon has a website and the public nominate a company, and then it’s a voting war. The community and parents vote for you and pick the winners. Another award I’m proud of is the Kids Crown Award by Sun-Sentinel voters. Somebody affiliated with the Sun-Sentinel nominated us as best activity in Palm Beach. Another award I’m most proud of, and Michael has been extremely involved in this summer, is our participation in WLRN’S Summer Theatre Festival.

What do both of you think the differences are in seeing a play for children, put together by adults that cater to what they think children want to see, as opposed to children actually being on the stage and doing the own shows?

MICHAEL: One thing that’s wonderful about the Sol Children’s stage is that the actors are youthful and performing for an audience of children, families and parents. It’s very inspiring to see kids who may not be that much older than you on stage. It makes you want to be more involved, be more invested and come and see what kids your age are doing.

ROSALIE: I agree. I used to take my kids to different tours that would come in town to do children’s theater and always felt they would dumb them down…we don’t dumb down at all. One of our buzz phrases this summer has been ‘keeping it honest’ on stage in the work that you’re doing – don’t act. And once you feel that, it’s addicting.

Michael, are you from Florida?

MICHAEL: I’m from Florida, but I go to Penn State University for musical theater {a B.F.A. Theatre Major}, and I’m going to be a junior. It has been Sol that has reinvested my love for the theater. I was going to class at a community college when I got the chance go to the theater and teach kids what I love. They invited me back for the summer to do the acting coaching and be involved with the shows, and that’s what drove me to my second round of auditions to get back into school. And now, Penn State has given me a huge scholarship.

ROSALIE: What’s really cool is that I saw a spark in Michael just this summer that made me so happy. His reaction right before The Mystery Plays opened was one of the most rewarding experiences I’ve ever had with another adult, because he realized for the very first time that he could actually do this for a living, and that’s a wonderful feeling.

Tell me about your summer production schedule. You produced nine plays, with two being summer camp shows.

ROSALIE: Yes, this was our WLRN Summer Theatre Festival. I will never be this ambitious again – but we’ve done it and it pushed us in ways that I think has enabled me to do my best directing yet… because I had to. Failure wasn’t an option. I’ve been doing this for a long time. I’ve directed over thirty musicals and plays. We’re more of a community, regional-type theater than people realize.

When do you start your fall main stage productions?

ROSALIE:. I’ve got some wonderful ideas. There’s a script about Amelia Earhart, a one-acter, from her perspective. And we’re bringing back some of the shows from this summer’s theater festival.

MICHAEL: I think that Sol is a very unique experience, and you feel it when you walk into the door. I’d love if more people got involved with Sol.

ROSALIE: On both sides of the curtain. That would be great.

Kudos to Sol for bringing the talented Michael Pilato to our attention. This company not only has a stellar reputation among the kids and parents who are familiar with it, but within the industry, as well.

The Sol Children Theatre Troupe is a great success story. Anyone in the world who claims that theater is dying because the younger generation isn’t invested in this art form should visit this thriving group of talented actors. With our help and their dedication, children’s theater will continue to flourish and survive!

For more information, including a list of upcoming shows at this company’s space at 3333 N. Federal Highway, Boca Raton, go to: solchildren.org, call 561-447-8829, or email SolChildTroupe@aol.com. 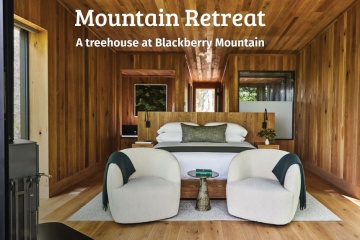