In honor of Valentine’s Day, Urban Adventures sets out to Homestead, Fla., to visit one of South Florida’s most renowned monuments to love, the Coral Castle. The castle was inspired by unrequited love, was the inspiration behind Billy Idol’s song and music video “Sweet Sixteen,” and has been a topic of debate amongst conspiracy theorists and scientists who can’t figure out how the castle was miraculously and secretly constructed by one, five-foot-tall man.

My friend Sean is a bit of an insomniac and a conspiracy nut (perhaps the two go hand-in-hand: the late-night, delirious hours watching extraterrestrial shows about the mysteries of the Egyptian Pyramids or the sunrises spent reading up on the Free Masons and Illuminati), so when I moved to South Florida, Sean raved about some mysterious monument called the Coral Castle. The castle, he said, is known as Florida’s own Stonehenge. No one, not even scientists, can agree on how the 1,100-ton structure was created, by one man, in secret, with no modern machinery whatsoever.

When I decided to follow Sean’s suggestion and make the trek out to Homestead, Fla., to see this mysterious castle, I had high hopes. I imagined some spectacular marvel, wondrous and grand. So when I pulled in to the empty parking lot to find what looked more like a dumpy roadside attraction than a medieval Disney castle, I admit I was pretty disappointed. “This is it?” I wondered.

I thought perhaps I had been duped. First off, the place is in the middle of agricultural nowhere-ness, and second, the structure looks, at first glance, like just a bunch of misplaced rocks. Don’t get me wrong, it’s kind of cool-looking — a fortress-like wall surrounding an open-air courtyard and sculpture garden with doors, chairs and tables made entirely of coral stone — but it’s not exactly jaw-dropping.

It wasn’t until the raconteur tour guide began recounting the tall tales behind the castle — the story of unrequited love that preceded its construction, the quirkiness of the man who built it, his near insane obsession with his long-lost love Agnes, the rich fantasy life he incorporated into the castle’s imaginative design, the secretiveness of its construction, and how no one really can figure out how in the hell he did it (some stones weigh as much as 90 tons) — that the castle really transformed into something whimsical.

The story goes like this: Edward Leedskalnin was a Latvian immigrant who moved to Florida for the warm weather after he was diagnosed with tuberculosis. The love of his life, Agnes (a 16-year-old at the time of their engagement), left him the day before their wedding. Ed was heartbroken. He built the castle as an ode to his lost love, hoping against all odds that one day she would reunite with him and the two would live happily-ever-after with their kids at his handmade castle.

That day never came, but Ed was able to live out the fantasy in his head by incorporating his wild imagination into the castle’s construction. He created a series of quarters for him, his wife and children. There are the dining quarters where he built chairs inspired by Goldilocks and the Three Bears (a baby chair, mama chair and papa chair). There’s the giant dining room table carved in the shape of a heart, where Ed would dine with his imagined family. There are the living quarters where Ed made several stone beds. Then there’s the rocking chair, perched atop a giant boulder for sun bathing, the reading room with multiple lounge chairs, the kitchen with a hot stove, and the working sundial in the center of the courtyard. Ed even built a time-out corner for his wife and children, which consisted of two head holes in a wall (one up high for his wife, the other down low for the children). Ed imagined that when either his wife or kids misbehaved, he would have them stick their heads through the holes and there he would give them a stern talking-to. In addition to the time-out corner, Ed built a couples therapy chair — a rocking chair with two seats facing each other where Ed and his wife could sit, rock back and forth and talk out their issues. The thoughtful details of Ed’s design are fascinating (albeit a bit creepy). He was madly in love and clearly obsessed.

Ed also incorporated some “magic tricks” into the castle. For example, the front gate — a 9-ton rock that spins on an axis point so precisely that a child can push it open with just the tip of their pointer finger. Ed claimed he was able to build the whole castle with all its tricks using his deep knowledge of physics. He claimed he knew the secret behind the pyramids. And maybe he did. He did come from a family of stone masons in Latvia.

Unfortunately, the world will never know for sure. Ed only worked on the castle in secret at night. He was reportedly a bit paranoid and even built spy holes in the walls where he could look out to make sure no one was watching him.

Ed died before his long-lost love ever saw the castle and never revealed his secrets, but the castle remains an ode to love, madness and physics.

How Healthy Is Broward Health?

Kansas Will Perform This Weekend at Seminole Casino 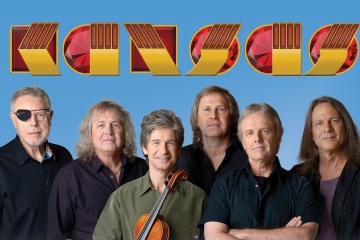