The Complete Guide to the 2022 Miami Grand Prix

It might come as a surprise to those who commute on I-95, but the fastest cars in the world aren’t in Miami, yet. Formula One (F1), the most expensive traveling circus in the world, has come to an agreement with the local government to add Miami to its hectic globetrotting schedule.
F1 announced that the Miami Grand Prix will be held at the Hard Rock Stadium in Miami Gardens with a 10-year deal set to begin in 2022. The exact date of the race is yet to be decided, but F1 president and CEO Stefano Domenicali said he expects the first of the ten guaranteed races to be held sometime in the second quarter of 2022 (April-June).
Miami will be the 11th venue in the United States to host a Grand Prix since the championship began in 1950 and will be the first time since 1959 in Sebring that F1 has come to the Sunshine State. The other past U.S. locations include Indianapolis, Riverside, Watkins Glen, Long Beach, Las Vegas, Detroit, Dallas, Phoenix and the Circuit of The Americas in Austin, which is still on the F1 schedule.
The track will run 3.36 miles around the Hard Rock Stadium with 19 corners and three straights, and opportunities for DRS (drag-reduction system). In addition, the circuit designers hoped to create an environment for competitive racing — meaning that overtaking will be abundant, ensuring a Sunday spectacle for fans.
Community Benefits According to event organizers, the race will bring 4,000 jobs, 35,000 local hotel bookings and an estimated $400 million positive economic impact to South Florida. In addition to the natural economic footprint that F1 brings, in its wake, F1 has pledged $5 million in community benefit programs to the City of Miami Gardens, along with paid internships for college and high school students. Moreover, F1 has promised that minority-owned restaurants will provide food during the event weekend. Also, racing will be held after school hours so that any school bus drivers don’t get confused and end up racing the fastest cars in the world. 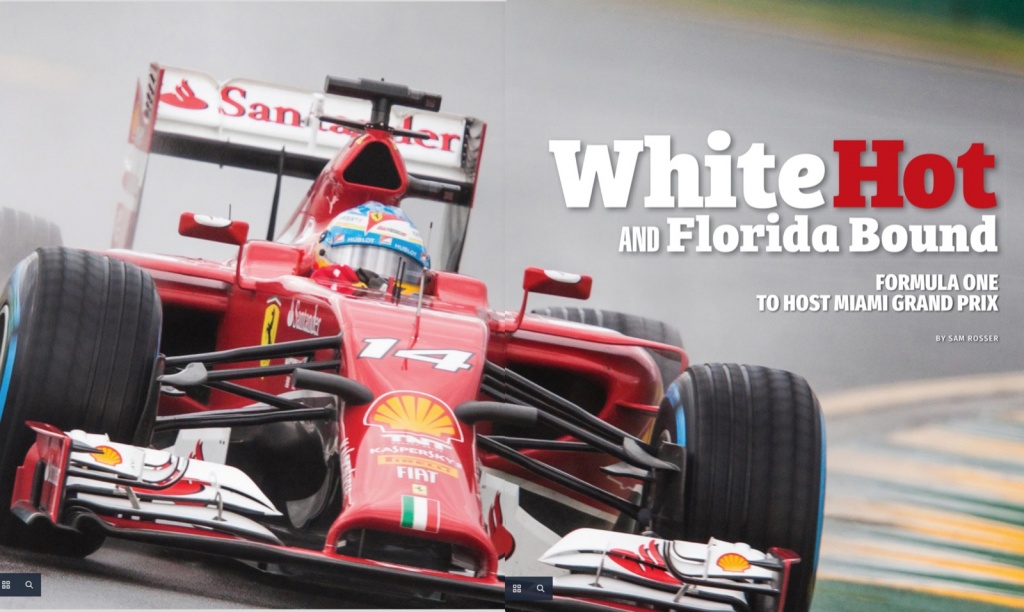 Formula One Primer
For some reason, humans have cared who is the fastest since the ancient Greeks started the Olympics, and probably long before it occurred to the Greeks to write the winners down in the annals of history. So, naturally, people have been racing cars since they’ve existed. Out of the lively European racing culture that began to take hold after World War I, F1 was born. The specifics of a championship couldn’t be agreed upon until 1950, after the turmoil and tragedy of World War II. 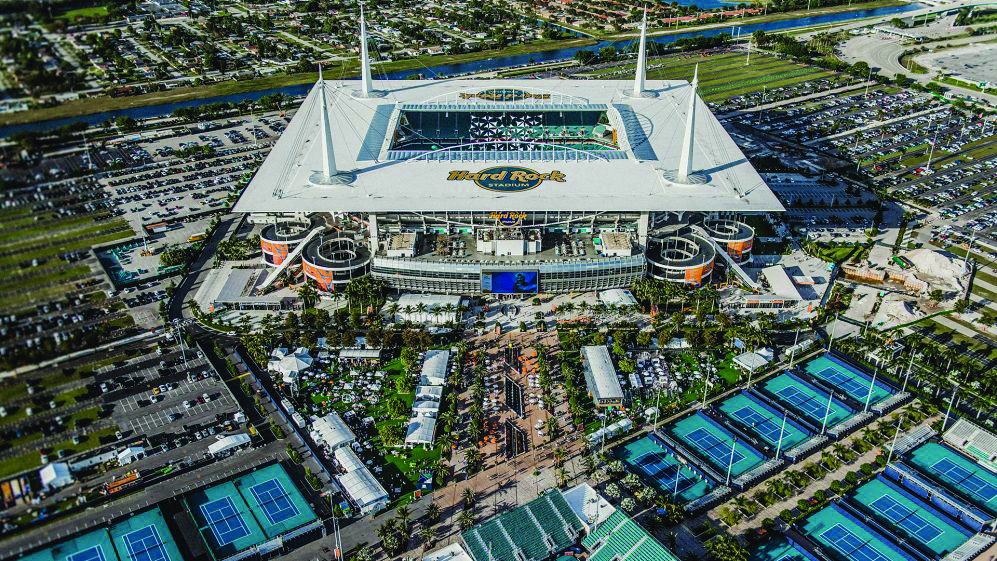 Miami is F1’s 11th different venue in the USA

No country has had as many F1 host venues as the USA.

The country held its first world championship round at Indianapolis in 1950, albeit under Indy 500 regulations, not F1.

F1 has since visited Sebring (also in Florida), Riverside in California, Watkins Glen in upstate New York, Long Beach in California, Las Vegas in Nevada, Detroit in Michigan, Dallas in Texas, Phoenix in Arizona, Indianapolis again (on a road circuit), and finally Austin in Texas.

But even with so much history, Miami is set to be one of a kind – a fresh and exciting new event with a dynamic all of its own. 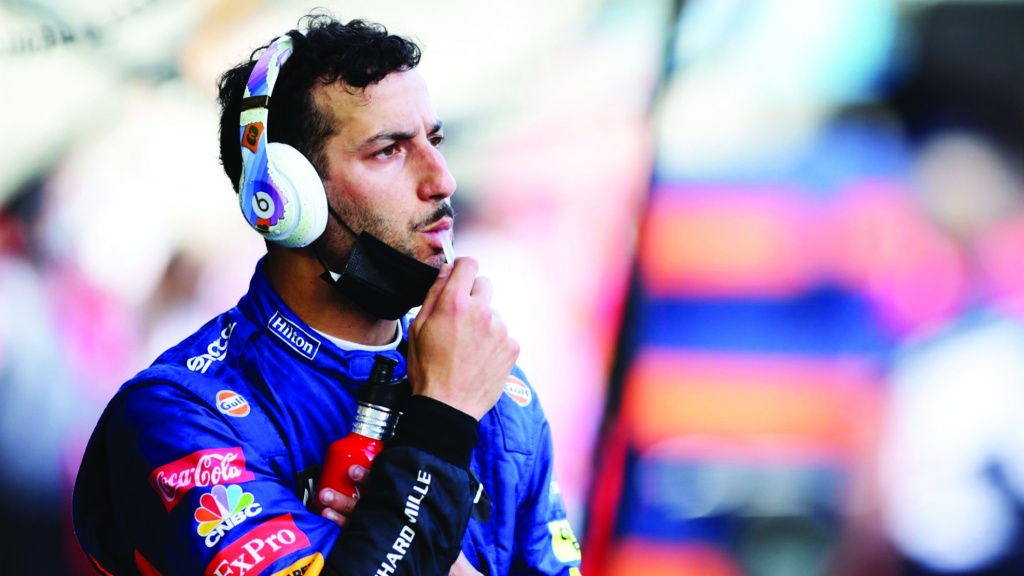 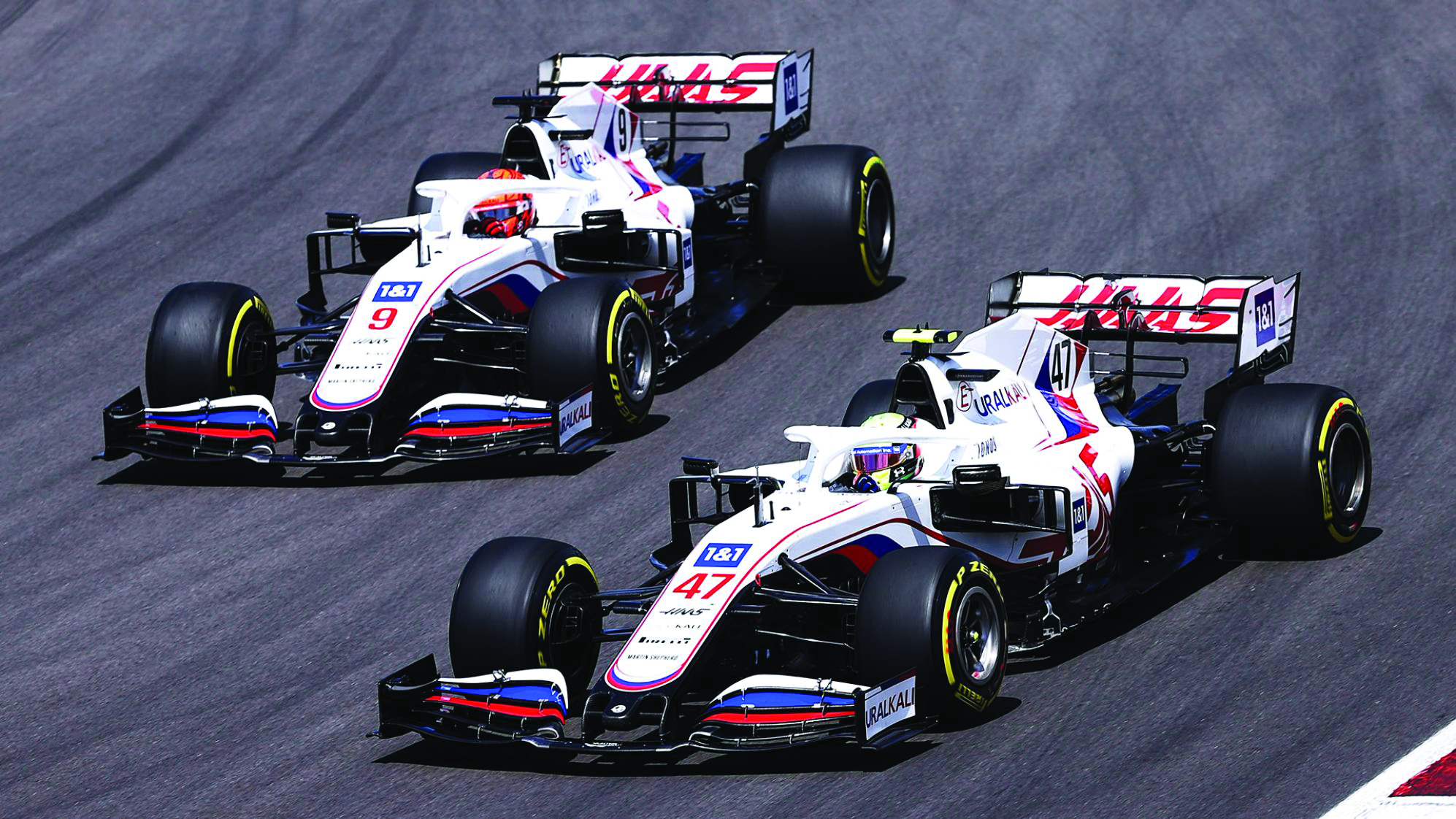 Apex – The point at which the racing line and corner meet; theoretically, “making the apex” leads to the fastest route around a corner.

Aquaplaning – Under wet enough conditions, the wheels cannot get enough grip on the pavement, causing the car to slide across the surface.

Ballast – Small metal plates are aligned within the vehicle to both properly balance it for the particular track and to bring it up to the minimum weight requirement of 605kg.

Bargeboard – Bodywork just behind the front wheels designed to smooth the flow of air being disrupted by the tire.

Blistering – When parts of a tire soften and break away, causing impaired handling.

Bottoming – When the bottom of the car scrapes against the track, causing a shower of sparks.

Brake Balance – the distribution of braking power between the front and rear. This can be altered by the driver at any point and is often altered multiple times during a lap at some circuits.

Brake Locking – When the tires stop rotating under heavy braking, causing a flat spot on the tire.

Camber – The angle of the tires in relation to the track.

Chassis – The main bodywork of the car.

Cockpit – Where the driver sits.

Compound – The formula used to create the tire.

Differential/ “Diff” – The device connected to the rear wheels that allows them to spin at different rates during cornering, which improves handling.

Diffuser – Bodywork on the back of the car designed to funnel air quickly out of the back, which generates downforce.

Dirty Air – The air behind a car; the disturbed air negatively affects the aerodynamics of the car behind.

Downforce – The aerodynamic force pushing the car into the ground, giving the car better traction and handling.

Drive-through penalty – A penalty that can be handed down to a driver by the stewards during a race. The driver must drive through the pit lane (where there is a speed limit) without stopping.

ECU – Electronic Control Unit, or the nervous system of the engine that tells it what to do.

Flat Spot – When the driver locks their brakes, the rotation of the tires stops, causing rubber to wear down on one spot. This will vibrate the car, impairing performance.

Graining – Tiny pieces of rubber break off the tires during use and stick onto other parts of the tire, creating an uneven surface and reducing grip.

Green – When the track doesn’t have a lot of rubber on it, which gives the cars less grip and produces slower lap times.

HANS – Head and Neck Support System; a black collar that attaches to the driver’s helmet and reduces head movement during a crash.

Installation Lap – The first lap at a circuit, to test basic car functions like brakes and steer. In-Lap – A lap in which a driver goes into the pits.

KERS – Kinetic Energy Recovery System; it recovers energy during heavy braking and deceleration and allows the driver to tap into that energy as a power boost.

Loose – When the car lacks grip, especially on the rear tires.

Lollipop – The long stick the pit crew holds in front of the driver during pit stops that signals when he is clear to leave his pit box.

Marbles – Pieces of rubber that come off the tires over the course of a session, making the track conditions worse off the racing line.

Monocoque – The carbon fibre safety shell that cradles the driver.

Out-Lap – A lap in which the driver exits the pit lane.

Oversteer – When the car steers more than the driver wanted; the rear wheels begin to overtake the front as they lose grip.

Paddock – The private area behind the pits where the teams keep their motorhomes.

Drag – The amount of force imparted by the air as the car moves.

Parc Ferme – A restricted area where cars are kept after qualifying and the race. No work can be done to the cars, and no team members are allowed access unless supervised.

Pit Board – A board used to give the driver basic information.

Pit Wall – Where the team engineers are receiving information and passing it to the driver.

Pits – The area of the circuit where the garages are.

Plank – A piece of composite material affixed to the bottom of the cars to make sure they aren’t riding too low by assessing the wear on it.

Pole Position – The driver who earns first position on the grid by going fastest in qualifying. Originating from horse racing, where the number one horse would start on the inside of the track, next to the pole.

Qualifying – A series of three knock-out sessions where drivers try to set the fastest lap to determine grid position.

Retirement – When a car can’t finish a session due to a mechanical failure or a crash.

Ride-Height – How far above the ground the car is. Often spoken of during conversations about fuel usage and tire wear.

Rubbered In – When rubber has been imparted into the track, giving the cars more grip, allowing them to set quicker lap times. A green track can become rubbered in overtime.

Safety Car – A course vehicle whose job it is to keep the pack at a slower pace after a crash or other dangerous conditions.

Scrutineering – Checks made on the cars and driver equipment to make sure they are to regulation and safe.

Sectors – The three sections the course is split into for timing purposes.

Sidepod – The side of the chassis.

Steward – One of three officials appointed to make race decisions.

Stop-Go Penalty – When a driver must enter the pit lane and stop in their box for 10 seconds, no work can be done to the car during that time.

Set-up – How the teams have decided to adjust the different settings on their car for the grand Prix.

Slipstream – The track behind a car where the air pressure and drag is reduced, allowing the trailing car to go faster.

Telemetry – The system that monitors the car and its parts and sends data to the engineers.

Tethers – A system designed to keep the tires attached to the car in case of a crash. 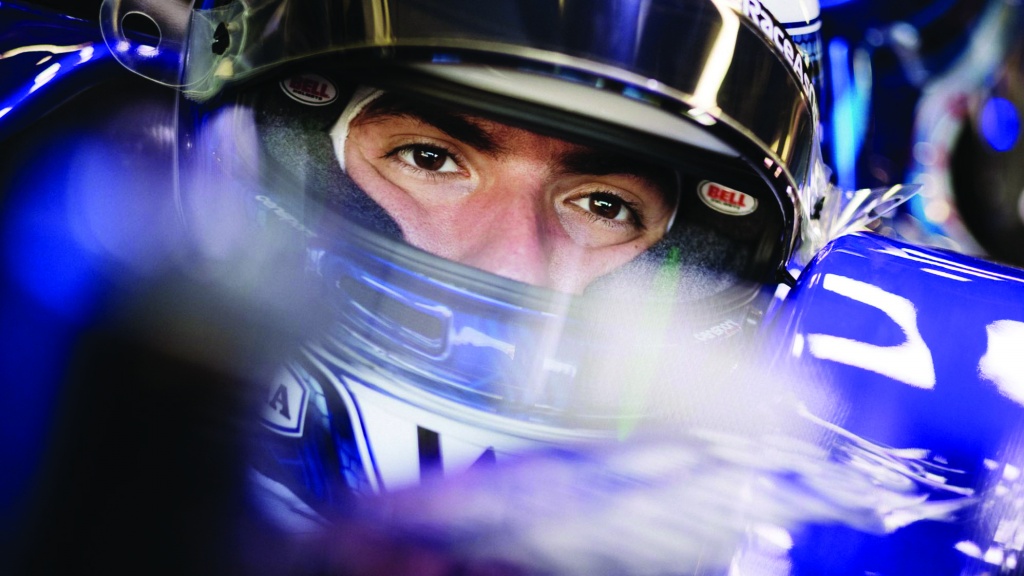 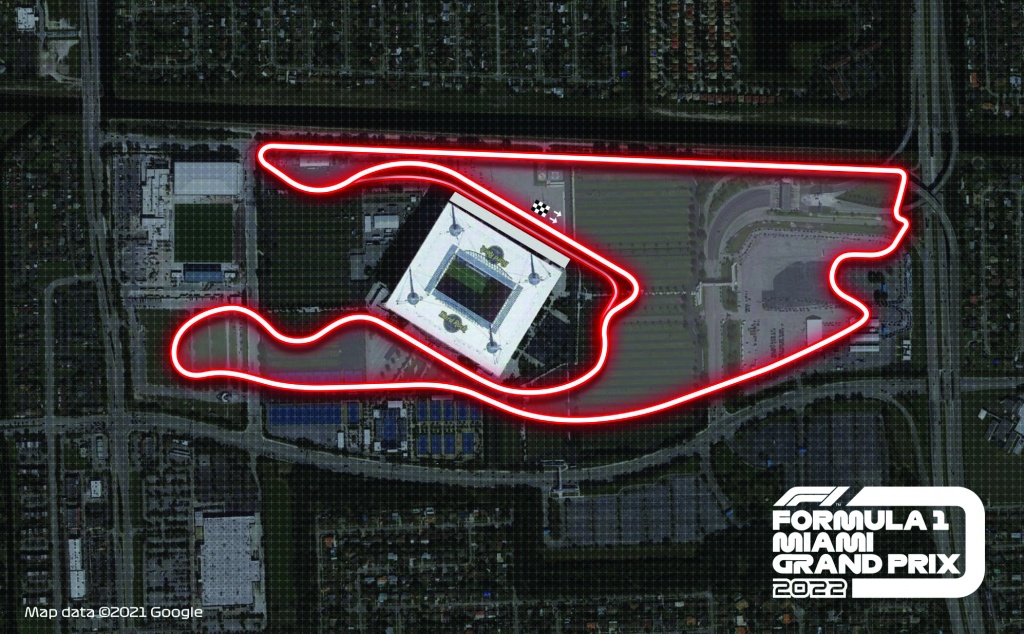 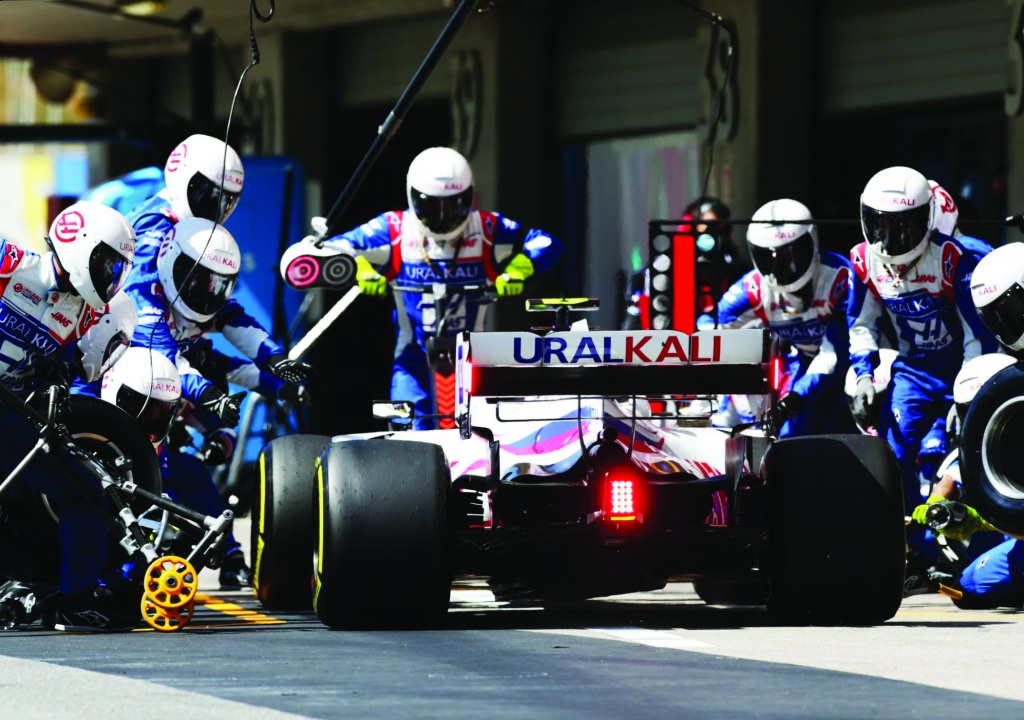 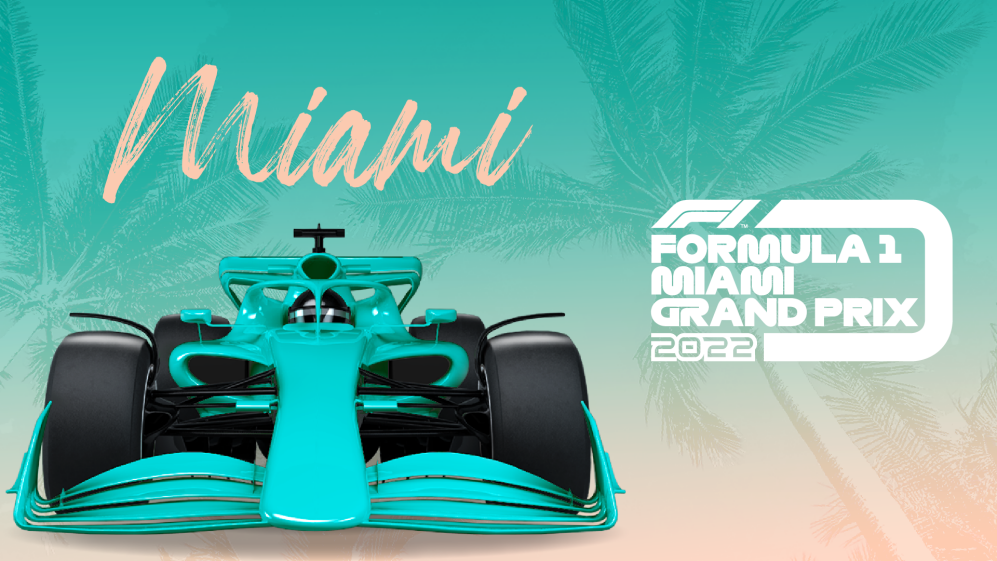 Formula 1 has struck a deal to host a second race on the shores of the United States of America, with Miami – famed for its sandy beaches, art deco vibe, vibrant multiculturalism and rich sporting heritage – set to join the calendar in 2022. Here’s your ultimate guide of what to expect from the 19-turn temporary street circuit – the US’s 11th F1 location – in Miami Gardens… 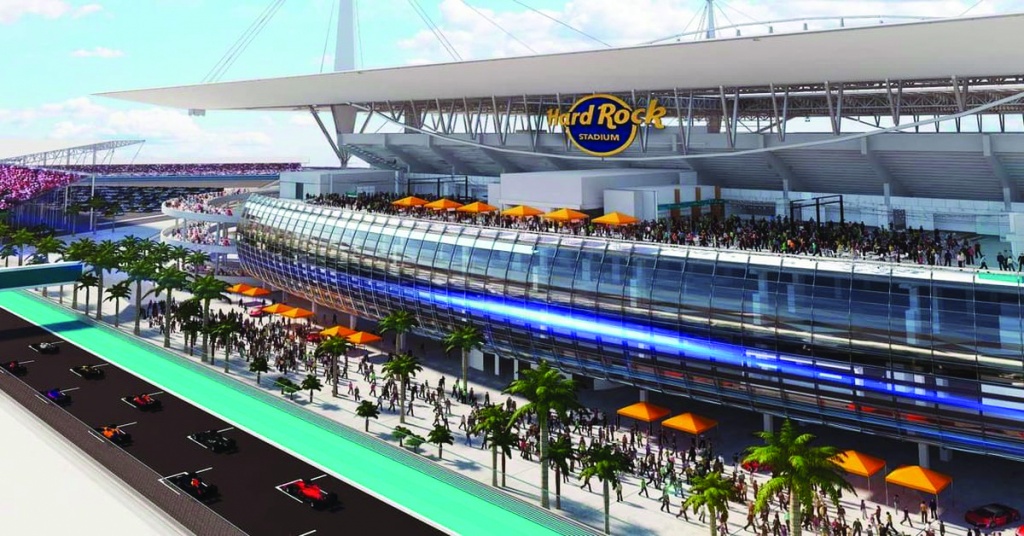 A lot has changed since the sport’s inception all those years ago. The rules and regulations are an ever-changing document designed to inspire fair, safe and exciting races at the highest level possible. For a relatively intuitive sport, whoever goes the fastest wins; it can get a bit confusing. So, here are all of the rules, regulations, words, and everything else you need to get up to speed with the fastest cars on the planet.

Now, we aren’t going to go over all of the regulations that govern Formula 1, obviously. But, there are some basics that everyone who tunes in to a Grand Prix weekend should know.

Although the Miami Grand Prix hasn’t been officially scheduled, you can expect it to take place some time during April-June of 2022. There are several different packages and ticket options available for Grand Prix weekends, but not until they actually set the schedule for 2022. In the meantime, you can sign up for notifications for when tickets go on sale at this link: https://tickets.formula1.com/en/f1-54987-miami. 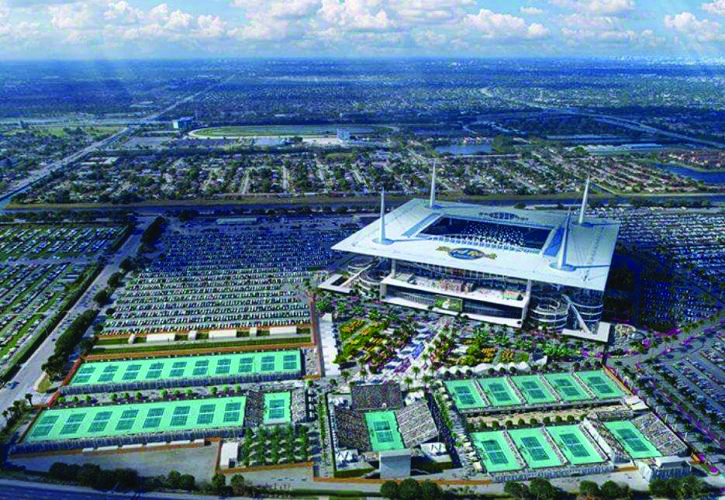 The Complete Guide to the 2022 Miami Grand Prix