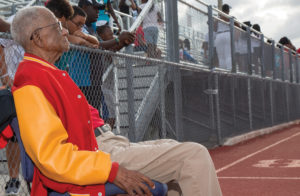 Charles “Charlie” Thompson, 90, known affectionately as “Mr. Charlie” to students, staff and faculty at Deerfield Beach High School, has been the school’s perfect football fan for over 44 years. In fact, some even refer to him as “Mr. Buck” because of his unfailing loyalty to the Deerfield Bucks. Mr. Charlie hasn’t missed sitting on the sidelines for approximately 440 games, since the inception of the football team back in 1972.

“It was the new team in town, and I just stuck with it. I just love my team,” said Mr. Charlie, who despite the Bucks’ move to the high school field two years later, has sat by the gate ever since.

“I remember running off the field when I coached the football team and seeing him sitting in his chair by the gate. He eats pre-game meals with the team and sits on the bus to away games. And throughout the school’s history, every coach interviewed for the job knew that if they wanted the head football coaching job, they had to include Mr. Charlie and take him to the away games. Mr. Charlie has been the only constant.” said Tozzi. 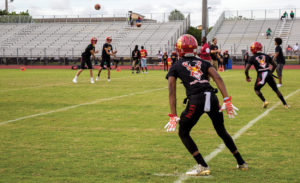 Mr. Charlie’s history with Deerfield Beach goes back several generations. His parents moved here in 1921, he was born here and went to the all-black Braithwaite School where he finished the 7th grade. He served at Navy Base San Diego in California during WWII, then spent six years working in New York as a carpet cleaner, and later returned to Deerfield Beach.

“When I came down here, I came just in time. I found that three blocks from home was where they had just started getting the ground ready to build the first permanent building for Deerfield Jr. High. Prior to that there were portables only. I stayed right there for 34 years. The first two to three years I was the yard man. Then I worked up to be the head custodian,” said Mr. Charlie.

Flora Philpart, 69, secretary at the high school Welcome Center, the unofficial liaison between the school and the booster club, and a former Deerfield Beach High School Security Officer for the Broward Sheriff’s Office, grew up with Thompson’s family and has known Mr. Charlie all her life.

“There’s no Buck like Mr. Charlie. He’s our number one fan,” she said. “Even to this day, he doesn’t miss a game. It’s amazing.” 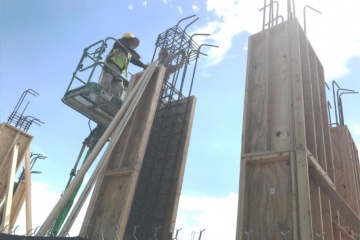