POMPANO BEACH: Shoppers Haven, the retail center located at 3559 N. Federal Highway, between Sample Road and NE 33rd Street, is preparing to undergo a complete renovation, and plans include adding a six-story multi-family residential building, called Vista Clara Communities at Pompano Beach, to the south end of the property.

The residential building will feature luxury rental apartments at market rates, according to Christopher Partridge, of Partridge Equity Group, which owns and manages Shoppers Haven.

The Shoppers Haven site can allow up to 250 apartments, but Partridge Equity Group may build less than that, based on market demand.

The Vista Clara residential component would replace the southern portion of the shopping center along NE 33rd Street. Depending on the number of residential units, the footprint of the apartment building could extend northward up to, but not including, the existing Bealls Outlet store.

One of the options under consideration is for the apartment building to have approximately 27,000 square feet of ground-floor retail space. There would be a second-floor pool deck surrounded by landscaping, and some of the residential units will have a sliding glass door leading to a private garden.

A two-story parking garage with a section for Vista Clara residents is contemplated to be built northwest of (behind) the apartment building. A large green space would be created on top of the garage for use by residents of Vista Clara. This private green space may include a park with a gazebo, an outdoor exercise area, and other sports amenities.

“We understand it’s a very urban setting,” said Partridge. “We want to provide as much green space as possible for the upper-level units.”

The current plans include a skywalk connecting the parking garage to the apartment building.

Partridge said he expects plans for Vista Clara Communities to be submitted to the City of Pompano Beach by the end of 2021 to begin the approval process.

The rest of Shoppers Haven is being renovated in preparation for the arrival of a major grocer that will move into the 52,000-square-foot anchor space formerly occupied by Winn-Dixie.

The name of the new supermarket will not be disclosed until the lease is signed, which should be by January 2021. However, it will be a nationally recognized brand such as Amazon Markets, Trader Joe’s or Kroger Foods, said Partridge.

In addition, an Outback Steakhouse will be built on a Shoppers Haven outparcel along Federal Highway, just south of the Walgreens at Sample Road.

Construction of the 6,700-square-foot steakhouse is anticipated to start in February 2021. The restaurant will feature the newest Outback Steakhouse design prototype, which is more contemporary than the previous one.

The Outback Steakhouse at Shoppers Haven Is expected to open in August 2021.

Renovation of the shopping center, including the old Winn-Dixie space, is expected to begin by late summer or early fall of 2021. The work should be completed, and the supermarket opened, about 10 months after the start date.

Partridge said the Shoppers Haven renovations will give the retail center a “modern, bright” look and will create a “functional, fun environment” conducive for walking from one store to another.

“We hope to transition it into a destination,” said Partridge. “The area now demands it; the location demands it.”

The cost of the renovations, the apartment building and the parking garage is expected to be over $60 million.

Partridge Equity Group purchased Shoppers Haven in 2016 for $50 million. The 215,000-square-foot shopping center, which dates to the late 1950s, has not undergone a major renovation in many years.

In addition to developing Vista Clara in Pompano Beach, the Partridge Equity Group has obtained approvals from the City of Deerfield Beach to build 326 market-rate rental apartments along the Hillsboro River. The development, called Vista Clara Communities at Deerfield Beach, will include a public riverside boardwalk that connects two city parks. There are also plans for a marina with a state-of-the-art fully automated dry dock storage building.

For the Deerfield Beach project, Partridge said his firm held a number of town hall meetings over two years to get community input to be considered in their designs, and they will likely do the same for the Vista Clara apartments in Pompano Beach. 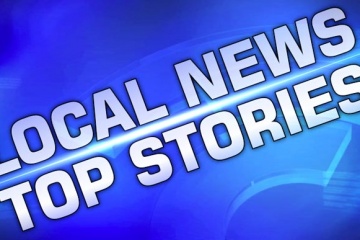