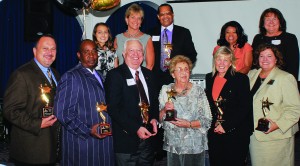 Pompano Beach Chamber President and CEO Ric Greene welcomed everyone and Lighthouse Point Commissioner Susie Gordon made the opening remarks. Jean McIntyre, representing the Kiwaniis Club of Pompano Beach, spoke of the leadership initiative in which she has been involved in the four years since moving to the area.

After lunch, Gwen Leys introduced a number of local celebrities, followed by presentation of the awards by Ric Greene, Gwen Reys and Bill Riddick.

Among those honored were Community Development Agency whose marketing program has accomplished so much to improve the image and in encouraging the private sector to invest in the city.

A very special award went to 11 year-old Rachel Wheeler whose two-year effort to raise funds for the people of Haiti has resulted in the building of ‘Rachel’s Village” from donations of over $175,000. Rachel was also named as one of America’s top volunteers in a ceremony in Washington, D.C. 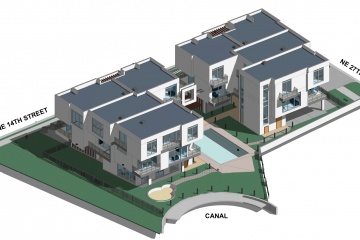