There is a new regime over at the Fort Lauderdale Strikers. Sean Guerin is the new head-honcho at Lockhart Stadium. Three of my peers and I had the chance to job shadow him on game day. Alyson Richardson, Carina Sevilla, Victor Esposito and myself are all members of the Pompano Beach High School Varsity Soccer team.  We jumped at the chance to learn more about our sport at a professional level.

Sean Guerin is a Fort Lauderdale native. He graduated from the Marist School, in Atlanta, and then went on to earn a Bachelor of Science in marketing From Florida State University in Tallahassee. Before Sean came to the Strikers this season, he was a divisional president at DEX imaging.  DEX acquired a company he co-founded.  Guerin comes to the table with more than 20 years of business experience in several industries, including sports. Sean is responsible for plotting the direction of the club’s sales and marketing exertions, fan experience, stadium renovations and stadium expansions.

Creating soccer fans Sean wants you to love his Fort Lauderdale Strikers as much as I love salted caramel ice cream (I will eat 1,500 calories of it in one sitting.)  So when Sean was asked to allow four Pompano Beach High School soccer players to shadow him on game night he immediately pounced on the chance and said “yes.” Sean has many obligations as a new CEO in an aspiring club. When asked, “what is your number one priority?” he responded “getting butts in seats.”  “Butts in seats” is a crucial aspect of any team, anywhere.  “How are you going to convert people from football?”  Sean states that they provide world-class soccer for a measly twenty dollars. A rather zany group of fans that call themselves Flight# 19, named after a Navy fighter squadron that went down over the Bermuda Triangle before the Bermuda Triangle was even called the Bermuda Triangle, bring a lot of spirit and enthusiasm to each game. They bang their drums, dress in red and gold (the Fort Lauderdale Strikers’ colors) and there is even a man that dresses in a red and gold Boba Fett (of Star Wars fame) costume. The glamour Guerin’s attention to detail is truly admirable. The first question we asked on arrival was “what did you do right before we came in?” He replied “I checked the bathrooms.” In our adventures around the stadium on game night, Sean excused himself to the restroom. He did not use the restroom, rather, he inspected them again to ensure there were no issues. Also in the stands themselves, he added cup-holders.  In the glamorous life of a CEO of a professional sports team—the small things are more important than they may seem; they are the hinges the big things rely on.

A huge part of Sean’s job is marketing. How are there supposed to be butts in seats if no one knows there is a game? This is arguably his biggest responsibility. Billboards, road-side signs, print and radio advertising all play a part in getting the word out. The marketing technique I was most impressed with was, by far, having a high rise building in downtown Fort Lauderdale lit up red and gold, quite similarly to the Empire State building. Another substantial part of his job is making money. The Strikers have recently signed the Brazilian Legend Ronaldo (not to be confused with the Portuguese Cristiano Ronaldo.)  In the first game of the new season, Ronaldo made his debut for the strikers. The game got huge traction here in the United States, but also in Brazil. Sean shared with us that a nation-wide sports retail chain, similar to Sports Authority or Dicks, in Brazil ordered 10,000 Ronaldo jerseys.

It’s showtime
On game night there is a very strict schedule that must be painstakingly followed. Even the smallest mistakes can cause catastrophe. Luckily, Sean and his team have it down to a science; however, unforeseen problems will always arise. On the night we shadowed Sean, an LED screen, which a sponsor has rented for the entire season, was malfunctioning.  So Sean has to dispatch a team to fix the LED screen before kick-off. Sean was constantly talking to people about small issues with people we’d see for a brief moment then would be off on their duties. One man, dubbed “the Swiss Army Knife,” did practically anything, as his nickname implies. He has a small army of workers running the stadium that you rarely saw. They were very similar to the Hogwarts house elves.

We were not the only people to interview Sean that night; A Sun-Sentinel reporter pulled Sean aside to answer questions. By far the cutest part of the night was watching the little kids play a soccer game of their own at halftime. Sean even had Elsa from the movie Frozen sing the national Anthem. After the game the players come over to the sidelines and take pictures, sign autographs and do the whole nine yards. Sean has walked into an entirely new line of work. I personally think he is doing a fantastic job and will continue to do so. His scrutiny over the details is what will put him over the top. 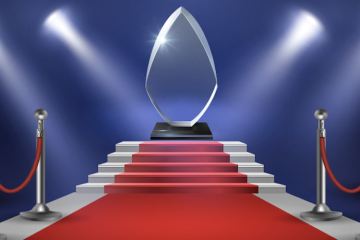