The City Commission and Planning and Zoning Board are scheduled to review revised plans for major redevelopment of the Lighthouse Point Yacht Club at a public workshop on Oct. 22 at 6:30pm in the city commission chambers at Fletcher Hall.

The developer, Terry Paterson, is requesting a land use plan amendment, which is needed for rezoning purposes. It would change 3.4 gross acres of the yacht club property from “commercial recreation” to “multifamily” residential, in order to build 33 three-story luxury townhomes lining the waterfront. Funds generated from the sale of the proposed townhomes would be used to subsidize the cost to build a state-of-the-art yacht club facility, which would include a new 35,000-square-foot clubhouse.

The developer submitted an application for the land use change in July, along with a conceptual site plan, which were reviewed by the city’s Development Review Committee on Aug. 14 and by the City Commission and Planning and Zoning Board at a public workshop on Aug. 28. City officials had concerns about a number of issues, including density, parking, limited access for emergency vehicles and architectural style. The developer submitted revised plans to the City on Sept. 24.

If no further revisions are needed for the proposed land use plan amendment, the Planning and Zoning Board will formally review it at its meeting on Nov. 6, which includes a public hearing. The board will then make a recommendation to the City Commission in favor of or against the land use change, which would also need to be approved by the county.

The land use change is the first of many steps in the process of obtaining all the necessary approvals from the city and county. According to city officials, the process could take nine months to a year, not including building permits. 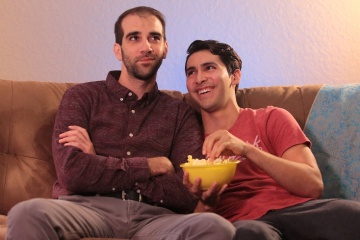