The Principal Orchestra, members ranging in age from 10 to 18 years and conducted by Steve Burnes, played numerous classical pieces that showed off their highly advanced skills.

Hundreds of residents came out to show their support, and were amazed at the great talent these teenagers have. Max Griffin, one of the violists, is a resident of Lighthouse Point and has been a member of The Florida Youth Orchestra (FYO) for eight years.

Myra Weaver, the director of FYO introduced the conductor Steven Barnes and gave a history of the organization. She and her husband, Bob Weaver (the South Florida television weatherman), began the orchestra 24 years ago and in recent years performed at both New York’s Carnegie Hall (twice) and Kennedy Center

in Washington, DC. The orchestra played a variety of pieces, including American Salute, Finlandia by Sibelius and Cuban Overture by George Gershwin. The orchestra also brought an “instrument playpen” that allowed kids to explore with various instruments and hopefully encouraged some future musicians.

The concert was sponsored by local businesses and Lighthouse Point families, and was appreciate by all who attended. 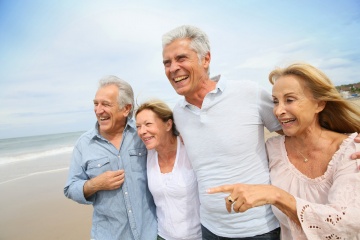