IGUANAS: We’ve printed stories about new buildings going up, old ones coming down, accidents, death and many controversial topics.  But few stories have received the amount of feedback as the one we posted on Friday about the rapid increase in the Green Iguana population in Deerfield Beach, Pompano Beach, Lighthouse Point, Lauderdale-by-the-Sea and throughout South Florida.

As you probably have heard, the Florida Fish and Wildlife Conservation Commission (FWC) recently announced that it was legal to kill the “invasive” species and encouraged owners to do so. Some chefs said they taste great and shared their favorite recipes.  But many others thought killing them, let alone eating them, was an absolutely awful thing to do.

>>>READ OUR STORY ABOUT WHICH ORGANIZATION FAVORS KILLING THE IGUANAS, WHO IS AGAINST IT, AND MORE FUN FACTS ABOUT OUR RAPIDLY REPRODUCING NEIGHBORS. CLICK HERE.

As of Saturday afternoon, we were closing in on 1,000 “engagements” on Facebook for our story.  Those included plenty of fiesty comments that we thought we would share here.

On the nay side is Beverly Hecht Goldstein, who says, “I was born in South Florida and we never had an infestation like this 40 yrs ago. They are creating plenty of harm to our property, health and local species like the Key Deer in the Florida Keys. This a huge problem and it’s getting worse.”

However, to Idy Bailer Stern any problems the Iguanas cause were irrelevant.  “I think they are so cool looking. I don’t have them in my yard but have seen them around and at the dock at my husbands office on E. Tradewinds. I would never hurt them, and killing them would absolutely be out if the question. I know they can be a pain, eat vegetation and leave feces, but I just can’t harm an animal.”

Plenty of people agreed with Idy, including Jeanna Jones who asked, “Pesky? I love these beautiful and gentle creatures! What’s wrong with you people????”  Jones added, “They’re like [the] Ft. Lauderdale mascot.  [It’s] So sad that people can just kill them now… Aww I love them! they don’t bother you ! They just like the water & sunbathing.”

Several folks mentioned that the Iguanas were here first.  However, Diana Jarrett was having none of that. “They were NOT here first. They are an invasive species since the 1970’s when people started turning their ‘pets’ loose. Just like the pythons and boas in the Everglades killing our native animals. The iguanas and big snakes need to be eradicated.”  For the record, Jarrett is 100% correct, at least about them being a relative newcomer to the South Florida ecosphere.

Sandra Morgan even offered a possible, non-harming solution: “I found some liquid stuff in Home Depot that deters them, only problem is it cost $38 a gallon and they recommend you spray every 3-5 weeks. I think I will just keep running them off.”  Of course, chasing them next door may not be the most neighborly solution.

And, Landon Cowling wanted to remind us, “If we were to compare how much damage we’ve done to the environment verses them, we would all be a little more concerned about cleaning up our own act.”

Lastly, Luke Honolulu has put them to good use.  He says, “I’ve taught the ones in my neighborhood to do my laundry and my taxes. They also are masters at whipping up a delicious key lime pie.”  He’s probably joking about the taxes.

As for my stance on killing Iguanas, I’m keeping that to myself.  I’d rather share my thoughts on abortion, immigration policy or anything else less controversial.

>>>”IGUANAS! IGUANAS.! IGUANAS! WHAT TO DO ABOUT THOSE PESKY CREATURES.”  READ THE ORIGINAL STORY THAT GOT EVERYONE’S JUICES FLOWING.  CLICK HERE. 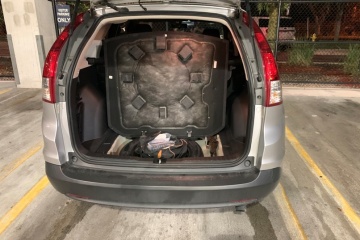