POMPANO BEACH REDEVELOPMENT: The Pompano Beach Planning and Zoning Board, at its meeting on Wednesday night, approved in a 5:2 vote the site plan for Atlantic One, a mixed-use (residential and commercial) project on a 4.97-acre collection of parcels located south of East Atlantic Boulevard and north of SE 3rd Street, between SE 17th and SE 19th Avenues. The property includes the current site of the historic McNab House.

A number of residents who live in the vicinity of the project site, which is in the Snug Harbor neighborhood, attended the Planning and Zoning Board meeting and expressed their concerns over a number of issues, including density, increased traffic, insufficient parking, and a decrease in their property values.

>>>SEE PICTURES/RENDERINGS OF THE ATLANTIC ONE PROJECT

One resident said the project was “overly aggressive for our area.”

Another resident told the Board: “Our neighborhood doesn’t want this thing; we need your help.”

The project consists of five-story multi-family residential buildings and a total of 26 three-story townhomes. The townhomes would be on the edges of the project that are close to single-family homes, duplexes or other townhomes.

“We understand this is a contentious, impactful project,” said Matthew Scott, the zoning attorney for the project. He added that the project “explicitly” complies with all requirements of the zoning code.

Some of the concerns that were voiced by residents at a community outreach meeting held at the Emma Lou Olson Civic Center on June 10 were addressed by the developer.

A couple whose home is next to one of the proposed 5-story buildings had worries about privacy and the safety of their two-year-old daughter. The developer has agreed to put up a 6-foot-high wall, as well as larger landscaping, along the couple’s property line to provide more privacy. If the City allows it, the developer will also install curbing along the front of their property to prevent cars from parking in their front yard. If the City doesn’t allow the curbing, the developer will install landscaping.

The developer also agreed to install curbing along the swales of three homes on SE 17th Avenue in order to keep cars from parking there.

Based on the results of a traffic study carried out as part of the City’s review process, the City is requiring the developer to provide a left-turn lane for northbound SE 18th Avenue as it approaches East Atlantic Boulevard.

The goal is for the Atlantic One residential units to be market rate rental apartments or condos, or a mixture of both, and 71 percent will be one-bedroom units.

The project has already gone before the city’s Development Review Committee for site plan and building design approvals.

On June 4, the Architectural Appearance Committee voted unanimously in favor of the project, but the Committee Chair did suggest that some type of traffic calming feature be installed at the intersection of SE 2nd Street and SE 18th Avenue, “because there is a lot of traffic that’s going to be created, there’s no doubt.”

If approved by the City Commission, a groundbreaking would take place in about two years. Currently, the plan is to build the entire project in one phase.

The property for the Atlantic One project was purchased by the developer from the McNab family last December. It will be one of the larger Pompano Beach redevelopment projects taking place over the next few years. 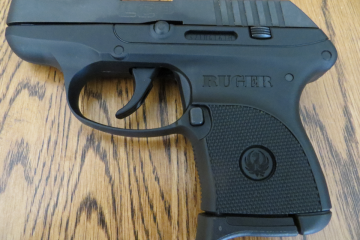