POMPANO BEACH EVENTS- The Pompano Beach Cultural Center is set to world premiere Experiencing Nirvana, a photo exhibition that offers a unique insider’s look into grunge rock history.  The  exhibit focuses on an eight-day period in the touring life of Nirvana, the seminal rock band led by Kurt Cobain. The show was put together by the co-founder of Sub Pop Records, Bruce Pavitt.

Many of these photos have never been exhibited before, making this a special world premiere event right here in Pompano Beach. The photos will be on exhibit from July 12 to September 21, 2019. There is a free opening reception on July 12 from 6pm-8pm, and a special event multi-media presentation and meet and greet with Pavitt on Saturday, September 21 from 8pm to 10pm. Tickets prices are $20 to $30 for the special event. For more information visit www.ccpompano.org or call 954-545-7800.

“We are honored [offer the world premiere of] this collection and to [showcase] many never before seen photos of this iconic band,” said Phyllis Korab, Cultural Affairs Director. “Bruce Pavitt’s passion for music, the arts, and culture put him on a road trip with a band that broke barriers, landed on top of the charts, and started a movement.”

Pavitt’s Sub Pop records is the independent record label that first signed Nirvana, before they broke through several years later on Geffen Records.

In this exhibit, Pavitt captures revealing moments of Kurt Cobain and the band as they toured Europe in 1989. By the time they reach London for a Sub Pop showcase, the then mostly unknown Seattle group was proclaimed “Sub Pop’s answer to the Beatles” by the British press. Two years later, Nirvana would become the biggest rock band of 90’s.

Internationally reknowned as a pioneer of the college radio, indie rock, alternative/punk scenes of the U.S., Pavitt has been recognized as a cultural visionary and  business ico in Seattle. His footprints have been bronzed and embedded into Seattle’s  Walk of Fame sidewalk, alongside other Seattle notables including Jimi Hendrix and Bill Gates. Bruce has appeared in documentaries including as Dave Grohl’s Sonic Highways, HYPE!, the multi-part TV special CNN’s The Nineties and in virtually every major music and pop culture magazine from the 90’s through the present.

Bruce Pavitt’s multi-media presentation on September 21 will offer his reflections on independent media and its power to change global culture. Sub Pop, his Seattle based record label, started with modest beginnings and signed the then unknown group  Nirvana helping to put Seattle “on the map.” Pavitt will offer an intimate look at what it was like in those early days, including images from his book/exhibit, Experiencing Nirvana. 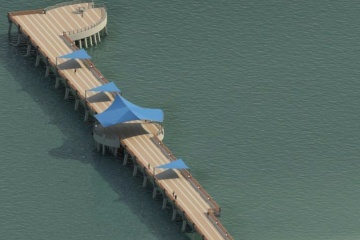