The Pompano Beach Film Series will be attempting to tackle issues we do not want to face, according to Kay Renz, spokesperson for the event and the Pompano Beach Cultural Center.

The lead segment is an inspirational film, “Caressed,” led by Niki Lopez. As a child, Lopez was raised in a cult by her mother. People magazine has profiled Niki’s story of breaking free from the cult.

“Now a prolific artist, her visual art and film making come together to help others heal from their own personal traumas,” said Renz.

Niki Lopez: What is your Elephant? |May 30| Pompano Beach Cultural Center

The May film at the Pompano Beach Film series is Caressed from Niki Lopez. Lopez’s artwork was previously featured in an exhibition at Ali Cultural Center last year.

“This short film ‘Caressed’ is an art film and a self-portrait, mixed-media video installation combining performance art and a poem I wrote about a traumatic childhood memory,” explained Lopez.

People magazine reported on her growing up in a cult and the enduring abuse. The cult had multiple locations including in Brooklyn and in rural Georgia and was led by Dwight “Malachi” York.

Police raided the cult in 2002 and arrested York. People magazine quotes Lopez as saying, ” “I just thought of him [York] as this magical being…I was taught he was a man of miracles and everyone had to be loyal to him.”

Lopez testified in court that children were forced to live separately from their parents and were beaten with wire hangers and broom sticks and sometimes starved by York’s concubines, according to the story in People.

Lopez discusses her latest work. “This intimate piece is a part of series with my personal artwork within the art movement: What’s Your Elephant – Creative Conversations about the Unknown.”

Lopez’s goal is to share a personal story and use it as context to have discussions on often unspoken topics including abuse, survivors of abuse, awareness, and how the arts can be used to heal, to empower and to educate.

This event on May 30th will include a video screening, and Lopez will lead discussion based on the message of “What’s Your Elephant.”

This story was prepared by our Pompano Beach news desk with additional event info provided by the city of Pompano Beach and their websites. 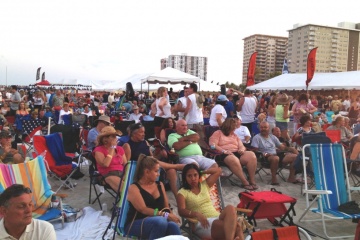