The Pompano Beach Community Redevelopment Agency (CRA) is preparing to create a public plaza in Old Town that will be used as a gathering place for the Old Town Untapped craft brew and arts festival held on the first Friday of every month, and as an outdoor dining area for new restaurants that are being attracted to the space, including a “southern comfort” restaurant concept that will occupy the building at 165 NE First Avenue.

Currently, this outdoor gathering space consists of a parking lot, a grassy area under a large fig tree, an unimproved alleyway and temporary plywood decking that covers the fig tree’s exposed root system.

The CRA has been working at piecing together the components of this public plaza area since 2012, when the first lease was signed, said Nguyen Tran, director of the CRA.

The CRA is now in a position to move forward with hardscape improvements for the plaza, which is part of the vision to create a lively atmosphere and promote the reputation of Old Town as a destination for arts, entertainment and dining options.

The idea is to use paver bricks in the new plaza area and to resolve some drainage issues, said Tran. The next step in moving the project forward is to figure out strategic locations for dumpsters, which will be essential when there are restaurants with outdoor dining. Once that’s determined, the design drawings can be finished, the cost of the project can be formulated and a budget can be drawn up for approval by the CRA Board. After that, the project can be put out to bid.

The CRA is working with the city’s urban forester to come up with a maintenance and protection plan for the fig tree, which is a prominent feature of the plaza area.

“The character of the whole courtyard is this fig tree,” said Tran. “We’re trying to save it and create that atmosphere for the outdoor dining.”

The CRA has leased spaces in Old Town to three restaurants. The restaurant at 165 NE First Avenue will overlook the new public plaza. The other two will be located nearby at 11 NE First St., in what was formerly a laundromat, and at 44 NE First St.

In addition, a private owner of retail space at 124 N. Flagler Ave. intends to lease to a restaurant, which would overlook the plaza and fig tree.

The new plaza is anticipated to be completed within the year, said Tran.

Bring Out Your Inner Artist — Attend this Workshop at BaCA Tonight 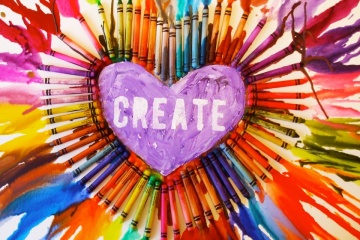