The City of Pompano Beach has been in litigation with Broward County for the past four years over the future of the Pompano Beach Community Redevelopment Agency (CRA)’s northwest district, but a settlement may be reached soon.

A settlement would significantly reduce the amount of revenue the county and other taxing authorities make available to the Northwest CRA district (NW CRA) to spend on redevelopment.

CRA redevelopment projects carried out in the 3,000-acre NW CRA include the Pompano Beach Cultural Center, Bailey Contemporary Arts (BaCA), the Historic Ali Cultural Arts, “Fire Fountain” Plaza and streetscaping in Old Town, the Green Market and the Community Garden. On MLK Boulevard, in addition to making multi-million-dollar streetscape improvements, the first new retail building in decades was built at #731, which provided opportunities for local businesses to open their doors. The CRA has also been planning the development of an Innovation District in the NW CRA, which will be part of a new downtown.

The county’s latest settlement proposal is tentatively scheduled to be brought to the CRA Board (which is made up of the City Commission members) for discussion and possible approval at a special meeting on July 10. The proposal is also tentatively set to be considered at the July 10 meeting of the City Commission, according to Kim Briesemeister of Redevelopment Management Associates (RMA), the firm that has managed the CRA since 2009, but is expected to transition to a consulting role once an in-house team is hired by the city.

The proposed settlement is tentatively scheduled on the agenda of the Aug. 14 Broward County Commission meeting for consideration.

The NW CRA was initially scheduled to ‘sunset’ in 2019, but the CRA, which uses tax dollars from the county (tax increment funding, or TIF), wants to continue its redevelopment efforts through 2040. In 2010, the CRA plan was amended by the City Commission to continue the NW CRA for another 30 years. The city’s lawsuit with the county asserts that when the NW CRA was formed, the county gave Pompano Beach the authority to extend the term of the NW CRA.

The county has maintained it does not recognize that the duration of the NW CRA could be extended after 2019. The county also filed a counter suit against the CRA claiming that end-of-year funds weren’t encumbered correctly.

Under the terms of the settlement, the CRA would receive revenues from three taxing authorities (the county, Hospital District and Children’s Service Council) totaling $13.75 million. Project funding in the amount of $7 million would be paid to the CRA in two increments: $5.2 million in 2020, and $1.8 million in 2021. In addition, the CRA would receive $1.5 million annually for four years, starting in 2021, and one last payment of $750,000 in 2025.

The funds would be focused on the 70-acre downtown Innovation District in the NW CRA.

“The downtown is where we’re likely to generate the most economic development and revenue,” said Briesemeister.

The taxing authorities would also provide $10 million in “residential district funding,” to be used only for improvements in the residential portion of the NW CRA. The funds would be held, controlled and dispersed by the county.

Improvement projects would be recommended to the county by a Residential District Advisory Board created by the County Commission. The advisory board would include the county commissioner who represents the residential district, as well as residents of the district or full-time employees of a religious, cultural or social services entity that primarily serves residents in the district. Each recommended project approved by the County Commission would be carried out by the county.

The settlement would have no effect on county TIF payments to the city’s East CRA District, which includes the Pompano Beach Fishing Village currently being developed on the beachfront.

Even though the dollar amount of the settlement is substantially less than what the city was originally hoping to get (about $250 million over 30 years if the NW CRA stayed intact), the CRA will now be able to issue a bond for the NW CRA district, which it couldn’t do while litigation was pending. The bond would be for approximately $15 million.

“It’s a smaller bond than we could have issued, but at least we can begin to generate that cash flow,” said Briesemeister.

The city approved a “counter counter counterproposal” from the county in March, but since then, lawyers on both sides have gone back and forth making slight modifications to the settlement terms.

“Although the deal is still pending, this is the closest that it’s ever been to a final settlement,” said Briesemeister. 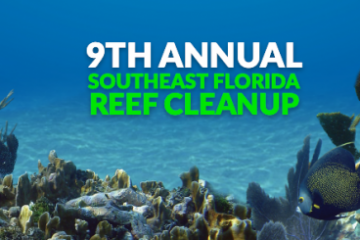