The Okinawa will be Shipwreck Park's 18th sunken vessel

Pompano Beach is adding another vessel to its collection of artificial reefs known as Shipwreck Park. The latest addition will be the Okinawa, a 107-foot vessel built in New Orleans in 1953 for the U.S. Army. The ship retired from service in 2001 and will be sunk on Saturday, Aug. 19 at 10am. It’s resting place will be one mile east of the Pompano Beach Pier, between the pier and the park’s last addition, Lady Luck. The Okinawa will be the 18th vessel added to Shipwreck Park, which has become an underwater playground for scuba divers and a key tool in preserving the area’s abundant marine life.

Dennis MacDonald, the local sculptor who created artwork for both Deerfield Beach’s RapaNui and Pompano Beach’s Lady Luck, will also adorn the Okinawa with some underwater art. Like the Lady Luck, which was casino themed after the ship’s sponsor, Isle Casino, the Okinawa will also be themed after its sponsor, Finlandia vodka. Fittingly the theme will be“Dive Bar.” MacDonald is creating a sassy mermaid with an eight foot tail who will tend a bar designed to look like sunken ship remnants.

“She has quite the attitude,” said MacDonald about his mermaid. “We’re downplaying the alcohol and up-playing the whimsy.”

The Okinawa will be MacDonald’s third underwater art exhibit, but he has been a designer for theme parks, museums and retail stores like Jimmy Buffet’s Margaritaville for almost 30 years. What’s unique about designing for an underwater environment, he said, is that he’s really just creating a canvas for mother nature to do her work.

“I love the idea that we create it and then nature recreates it,” MacDonald said. “The art changes entirely. We’re simply providing a blank canvas and mother nature tries her hand on every material and process and form and shape that I put down there. I love that.”

Shipwreck Park, Inc. is a not-for-profit organization dedicated to the creation of an underwater park system establishing artificial reefs and utilizing public art to raise awareness for the need to preserve and conserve our natural coral reef system. Finlandia Vodka is a vocal supporter of ecological preservation, making them a fitting sponsor for the Okinawa project.

For more information on the sinking of the Okinawa, visit shipwreckparkpompano.org. 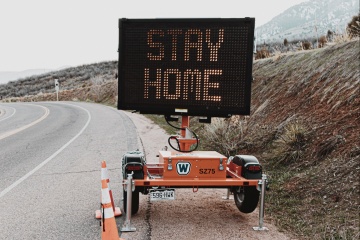