We’re heading into the home stretch for what may be the most consequential election in Pompano Beach in at least a decade. Early voting will begin on Oct. 22. (see info on early voting here). When the votes are counted, we will have a new mayor and at least three new city commissioners.

There have been several low attended candidate forums, including one sponsored by the Chamber of Commerce on Tuesday Oct. 2. As a columnist for Pompano! magazine, I attended the forum and thought it might be helpful to share what I learned about the candidates and offer insights that may help you to make your decisions for this all important election.

Sobel has stirred up quite a bit of controversy since he became a city commissioner two years ago. I outlined my concerns with Sobel in detail in the latest issue of Pompano! magazine (Read it HERE). At Tuesday’s candidate forum, Sobel claimed “Everyone who has researched me has endorsed me.”  This claim is rather dubious, as both he and Hardin have gathered a long list of endorsements. Sobel also does not seem willing to communicate with publications he deems not completely supportive of his efforts. He has not responded to numerous requests for interviews or answers to a candidates questionnaire from Pompano! Magazine (responses can be read here) and reportedly has also blown off similar efforts from the Sun-Sentinel. You’ve got to wonder why he is unwilling to speak to Broward County’s largest news entity or to the only magazine exclusively serving Pompano Beach residents.

As I’ve mentioned previously, Hardin is much less combative than Sobel, has been a city commissioner for twelve years and is considered to be a key player in helping to institute the considerable development that has taken place in the city over the past several years. He has been a big supporter of Mayor Lamar Fisher, who is exiting his post to run for County Commission. Hardin is the candidate most likely to lead the city’s development along a similar path.

Also running for mayor is self described “revolutionary” Debresia LeSane. She reinforced this image by using her three minutes at the candidates forum to blast current city leadership in a style that can best be described as slam poetry. The fourth candidate, Cyndy Floyd is a likeable and sincere community organizer but has not offered extensive understanding of the city government or concrete plans for the future.

Sobel currently hold’s this seat. Seeking to replace him are John Cavanaugh, John Geer and Andrea McGee . McGee, a Pompano Beach native, clearly loves her hometown and her enthusiasm is contagious, but has not provided detail on her positions. Geer has aligned himself with Sobel. A former candidate for District One Commissioner calls him, “Sobel on steroids… and very combative.”  At the recent forum,  he spoke about citywide homelessness and prostitution, but not issues more actively affecting the eastside/beach area district. Cavanaugh was not present at the forum but finished third when he ran for the office in 2016.

Rhonda Eaton and Thomas Terwilliger  are battling to replace the retiring Charlotte Burrie. Eaton’s website urges to “Keep It Going”, presumably an endorsement of the policies of Mayor Fisher and the current commission. Terwilliger ran for the seat in 2016 and at that time told Sun-Sentinel, “crime, wasteful spending and protection of our children” were issues of concern to him.

Michael Skversky and Thomas McMahon are competing to replace Hardin. Skversky lost to Hardin in 2016 and believes the city has spent too much on recent improvements. McMahon looks to, “protect [the city] from over-development… [and] protect our history as we work towards future renovations.”

Incumbent Commissioner Beverly Perkins is being challenged by Carmen Jones and Ed Phillips. Phillips and Perkins have battled each other several times before, with Phillips winning the seat in 2014. Perkins has tended to oppose many of the city’s redevelopment efforts in the blighted Northwest region, including the emphasis on the cultural arts district, while Phillips has indicated his support for it. At last week’s forum, Jones came off as the strongest public speaker of the evening, possessing a unique ability to rally people with her words. The district has three well qualified candidates. It would be interesting to see if Perkins can develop into a leader able to make a much needed impact for her district.

Incumbent Barry Moss is taking on three newcomers: Luciene Gomes, David Miller and Leila Moavero. Moss has generally supported Mayor Fisher and the city’s development plans. Gomes proposes bringing more Brazilian and Latin American based businesses into Pompano Beach. Miller aims to be the voice of the “disenfranchised” and is a supporter of community arts.

The most specific, practical and potentially important idea at the candidates forum, came from Moavero. While several contenders expressed concern with the proposed reduction of the Atlantic Blvd/Dixie Highway corridor from three lanes to two (in order to provide a more walkable downtown area), Moavero offered a terrific suggestion, “Cone it off. Try it out for a few months and see if we like it [before enforcing a permanent solution]. “ Simple idea but one that may be very important as the city copes with competing interests to determine whether or not reducing lanes in this highly travelled area is a viable option. 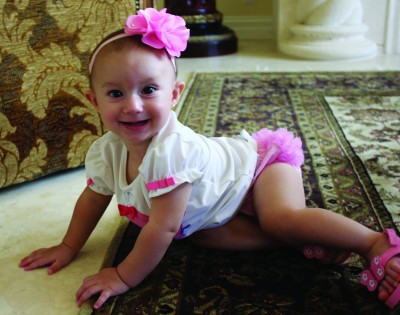