In his new role, Adkins serves not only as chief of police for Pompano Beach, but also as regional major overseeing what is called the Pompano Region, which is comprised of Pompano Beach and Lauderdale-By-The-Sea.

Adkins, who grew up in Pompano, has been working in law enforcement in the city for 39 years. Immediately after graduating from Pompano Beach High School in 1976, he went into the U.S. Army and became a military policeman. In 1980, two months after leaving the Army, Adkins was hired by the Pompano Beach Police Department, and attended the police academy at Broward Community College.

He has served as a road patrol officer, traffic fatality investigator, and SWAT team sniper and commander. He was also executive lieutenant, first for Pompano Area 1 (east of Dixie Highway to the beach), and then for Pompano Area 2 (west of Dixie Highway to the Turnpike). Later he became captain of Area 2, and then Area 1. From 2007, until his promotion to major, he was the executive captain for the BSO Pompano Beach District.

“It’s obviously an honor for me to be chosen as the major,” said Adkins. “I started as a police officer in Pompano before we merged in 1999 with the Broward Sheriff’s Office, and I’ve been very fortunate through the years to be able to stay here. I’m very excited and looking forward to continuing my work here with the team that I’ve assembled.”

Captain Timothy Irvin was tapped to fill the position of executive captain, which was vacated by Adkins. In this administrative role, Irvin will serve as Adkins’ “right-hand man.” Lieutenant Maurice Mathis was promoted to captain of Area 2, replacing Irvin. Captain Kevin Granville will remain captain of Area 1.

“There are a lot of challenges, but when it comes to the city and the residents, we’re all part of a big team to tackle these issues and improve the quality of life for all,” said Adkins. 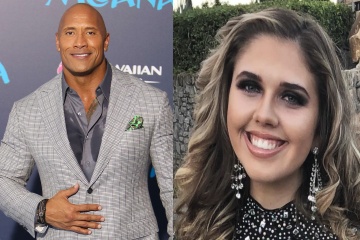