POMPANO BEACH TRAFFIC: As we wait (hope) for the City to come up with a comprehensive plan  to better manage the increasing traffic issues facing Pompano Beach, there are ways we Pompanians (Pompanites, Pompaneers, do we have a name for ourselves?) can work together to reduce delays and congestion.

#1- Use Your Damn Signal:  I often wonder if the turn signal is a car option that many Floridians declined to purchase. There’s no place in the country worse at this than we are. Even aggressive New York drivers and crazy Boston drivers do better. It’s really simple- if you are changing lanes, making a turn or pulling into a parking lot, just flick that lever. This way the person behind you knows what you are doing and doesn’t have to slam on their brakes. This causes a ripple effect that slows traffic for blocks- and it’s all because you (you know who you are) were too lazy or inconsiderate to bother to move your left fingers two inches.

#2- Drive the Speed Limit: Did you know that most of Federal Highway has a 45 mph speed limit in northern Broward County?  If you did, then why are you driving 35 mph?   Even worse is when driving on one lane roads like A1A with a 35 mph limit, and the car in front is going 30 mph. Here’s a little tip for you:  If you look forward and don’t see any car up ahead and then look in your mirror and see 10 cars behind you, you are the person holding up traffic.

#3- Don’t Be a Space Hog: When you are sitting at a traffic light, you don’t need to leave 50 feet between you and the car in front of you. In cities like New York and L.A. drivers generally leave less than half a car’s length between vehicles at a red light. I’m not suggesting that, but I do wish you would move up some. When you don’t, it causes lots of problems behind you; it backs up into other intersections and it blocks cars from getting into the turn lane.  The result is it takes longer for everyone behind you to go forward, sometimes even causing people to miss an entire traffic light cycle.

#4- Put That Phone Down:  How often have you driven past someone going really slow or doing something else dangerous and you see they have a phone in their hand?  I bet it ticks you off. You would never do that. Except, when you do do that. So don’t.

#5- Drive Better on Highways: All of the above applies even more so when driving on I-95 and other area highways. There are three causes for delays on a highway: Congestion, Accidents, Stupid/Inconsiderate Drivers. There’s not much we can do about the first two but we can do something about the third. You don’t need to be constantly changing lanes. You probably won’t get there any faster. And you definitely shouldn’t be the person who weaves in and out and in and out of lanes. All that does is force traffic behind you to go slower, especially when you don’t bother to use your signal. Then there’s the opposite. The person going too slow in the left lane. Speed limits on our highways are generally 65 or 70 mph. If you aren’t able to drive that fast, you need to be in the right lane. And since people often go faster than the speed limit, if you see cars passing you on the right, you are partially responsible for those lane weavers. If you are getting passed on the right, you should be courteous and get out of the left two lanes. Again, if you look ahead and don’t see cars in front of you but you look in your mirror and see dozens of cars behind you, you are causing the back-up.

I hope you will take a look in the mirror (pun intended) and if you are guilty of any of these bad driving habits, you will make the necessary changes.

And I know probably asking yourself, who am I to lecture about driving habits?  Fair point. But I can assure you I am an “excellent driver”. Trust me on that. No need to confirm it with my wife….kids…. friends…..or the lady I accidentally cut off the other day.

I’ll leave you with a quick reminder to make sure to vote on March 17th. No, not for whether or not the green dye changes the taste of the beer, but on several key issues in Pompano Beach:  whether or not to make City Commissioner terms four years, to stagger the terms and the most important one – to move those elections to March instead of November.

On the con side, less people tend to vote in March elections. In a rapidly changing city, we need as many people to vote as possible. We also don’t want to allow power brokers and other influencers to exert disproportionate control over city politics.

There are two other important amendments on the ballot and you can find all the info you need by clicking here.

I urge you to go to the polls on March 17th to vote against future March elections. And, please don’t forget to use your turn signal when you pull into your polling place. 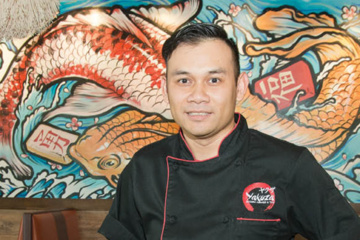