In March of this year, the City hired consultant Dr. Wilhelmena Mack to carry out a survey in District 4 to find out from members of the northwest community what they feel are the key challenges that currently exist in the district, and what specific strategies and actions should be taken to address them. The results of the four-month-long survey, called the Northwest Community Building and Engagement Project, were presented by Mack at the City Commission meeting on Sept. 11.

District 4 Commissioner Beverly Perkins had requested the survey because she wanted a valid assessment of the most important issues within the community to be established by a professional, unbiased third party.

“So many people are asking, ‘What is it you all want in District 4?’” said Perkins. “Now you have it. It’s right here in front of us. This is what the people say they want.”

Each age group identified the issues they considered critical. Those issues were then narrowed down to the top seven that need to be addressed (as quoted by the study findings).

These two issues were the top priority across all ages groups:

A concept that all areas of the city, from one end to the other, should have, as a minimum, sidewalks, street lights, city landscaping, community entrance signs, speed bumps and paved city roadways.

Women of the evening, many coming from outside the community, mix with children on their way to school and loiter around convenience stores soliciting; violence erupts in places where they work.

These Issues were the priorities of each specific age group:

• Job Training/Youth Programs
Limited job training programs for their children, such as vocational education, that result in a living wage; limited or no youth or young adult programs to keep their children engaged.

• Holding Homeowners and Landlords Accountable
Homeowners and landlords not maintaining their property – cutting lawn, painting and general upkeep; not reporting trash dumping, suspicious or illegal activity; not allowing Code Enforcement on their property.

• Economic Development
Lack of a discernible business development plan and resources to support business growth and generate jobs in the area; lack of black-owned businesses to cater to the quality of life and social needs of the community.

Mack began the project by conducting one-on-one phone surveys with 40 key stakeholders in the community from the business, education and religious sectors. Then she met with residents at senior programs, churches, homeowners’ association meetings and various community events, and had 126 people complete a written survey. In the last phase, she held two workshops, called empowerment meetings, at the E. Pat Larkins Center to identify the top issues from all the data collected.

Stanley told the Commission that Mack “has completed an accurate picture, as well as an assessment, of the northwest community.”

He added that in the 27 years he has lived in Pompano Beach, he has “never witnessed this level of community collaboration,” and the recommendations made did not come from a self-interest group, but are from “the true voice and interests” of the residents.

He said his faith, along with many of the residents from the northwest community, would be challenged if the recommendations made in the survey are not implemented.

Debresia Lesane, who grew up in the northwest community and participated in the survey, said Mack “definitely did all of her work,” and it was a “great survey,” but that it’s just reiterating exactly what residents have been coming and complaining about year after year in the City Commission chambers.

“To see that we had to pay an outside voice to verbalize what we were saying is sad,” said Lesane.

“I just hope it becomes a checklist rather than just a piece of paper,” she said of the survey. “These are the things that we have asked for, it’s time to check them off. There needs to be a follow-up meeting saying all these requests have been handled.”

Mack said she is currently putting together a proposal for the City that contains action strategies to address each of the seven key issues identified in the survey. It will establish goals, timelines and accountabilities, with continued community involvement.

City Manager Greg Harrison said staff are in the process of looking at everything in the survey and evaluating what is already included in the existing Strategic Implementation Plan for the entire city, and what issues are covered in the city’s 2018/19 budget.

Mack said she sees “a wave of interest, commitment and determination” among the members of the northwest community.

“We want to make sure that we do not lose the momentum,” she said. “They are extremely interested in moving forward and not looking back at what has happened in the past. They just want to make sure that we’ve learned from those mistakes that were made, and we start now to do the right things to help it become the kind of community they want it to be.” 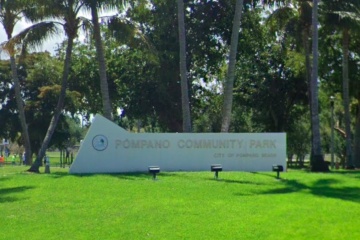