Their daughter died on Feb. 21; Their accused killer was released from prison on Feb. 23; The Snowbirds then came to Florida to heal.

2019 had already started tragically for Pompano Beach Snowbirds Marc and Rita Gagne.  In late February, their only daughter, Nathalie, had passed away from cancer at the age of 52, according to leclaireurprogres.ca.

The Canadian couple normally spent the winter months at their Pompano Beach residence in the Golf View Estates Mobile Home Park.  This year, however, they spent much of their time back in Saint-Come-Liniere, Quebec due to their daughter’s illness and passing.

In March, they finally decided to come down to Pompano Beach for a few weeks of warmth and healing. leclaireurprogres.ca recounts the Gagnes needed to be back in their native Canada in April to attend to other matters.  Unfortunately, they would never get the chance to return home.

On March 22nd, concerned neighbors found the Gagnes dead in their home.  The neighbors had become worried after not seeing the elderly couple (she was 78; he 80) for several days.

Two or so days prior to the 22nd, Quinton Johnson allegedly was the last person to see the couple alive.  That’s when police say, Johnson, broke into their home intending to burglarize it.  He encountered the couple and, according to BSO, brutally beat them to death with a blunt object.

>>>>ADDITIONAL STORY: FIND OUT HOW BSO CAUGHT THE SUSPECT

Police believed they had recovered that very object nearby.  They were then able to match the DNA found on the undisclosed object to that of a career criminal who was already sitting in the Broward County Jail, accused of another violent crime.  On March 30th, Johnson allegedly shot a 67-year old man, Dennis Moton, at an ATM machine outside of the Bank of America on South Pompano Parkway.  That shooting occurred less than ten days after the Gagnes were found dead.

In interviews with Local 10, the Gagnes were described by their Pompano Beach neighbors as quiet.  They seemed to lead a quiet life in Canada as well.  The couple lived in a small town with a population of 3,247.   Saint-Come-Liniere, Quebec, is located about 60 miles south of Quebec City. They  raised three children who gave them grandchildren and even two young great-grandchildren. leclaireurprogres.ca says the couple was very active in their community. Marc was a member of the Optimist Club and had run a welding garage he inherited from his father.

The 6’4″, 200 pound Johnson led the opposite of a quiet life.  He has a long rap sheet for violent crimes, burglaries, grand theft and drug related offenses, according to BSO.  The Miami Herald confirms he had been released from prison on February 23rd, after serving a seven-year sentence.  His release came just two days after the death of the Gagnes’ daughter on February 21st.  Once out on the streets, he quickly returned to his old ways and allegedly embarked on a violent crime spree.

The Gagnes had only recently returned to Pompano Beach for their shortened stay when police say Johnson paid them a very unwelcomed visit.   It was to be the last in a sad series of coincidences that ended with the murder of Pompano Beach Snowbirds Marc and Rita Gagne.

ADDITIONAL INFORMATION ABOUT THE CASE FROM POMPANO! MAGAZINE:

HOW BSO CAUGHT THE SUSPECT ARRESTED IN SNOWBIRD MURDERS

Police Search for the Snowbird Killer;  Neighbors are getting concerned 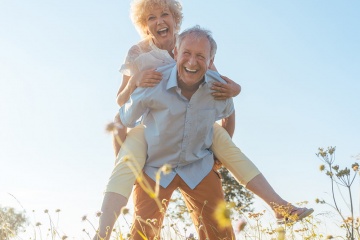