Low Interest Rate for G.O. Bond Sale Will Save Millions of Dollars

Pompano Beach sold $105.5 million of General Obligation Bonds (G.O. Bonds) in September at an interest rate of 3.7 percent, compared to the 4.6 percent rate the City had estimated, which means an estimated savings of $20 million over the life of the bonds. It is the first of two sales for the $181 million in G.O. Bonds that Pompano Beach voters approved last March to finance 25 capital improvement projects throughout the city.

Earlier in the year, the interest rate for a 30-year G.O. Bond was at about 4 percent. City Manager Greg Harrison said the city was “very fortunate” that the rates had dropped, and did not go back up.

The city’s high credit rating was also a factor in securing the favorable interest rate. Before it could be publicly noticed that the bonds were available for sale, the city had to get a credit rating from a rating agency. Moody’s Investors Service assigned a rating of Aa2 and Standard & Poor’s assigned a rating of AA (positive outlook), which is slightly below the highest possible rating of AAA. The ratings represent the city’s ability to pay back the bonds.

Starting this November, residents will see the G.O. Bond assessment on their property tax bill every year until the bonds are paid off, which will take a maximum of 30 years. 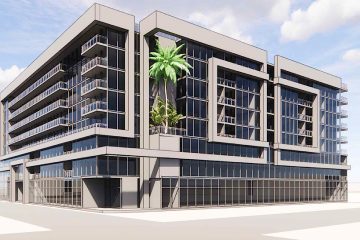