The large food truck is set up in the parking lot at the corner of Atlantic Boulevard and NE First Avenue. It’s a prelude to the actual Papamigos restaurant that will be opening next year at 44 NE First Street, just north of the parking lot.

Orders can be placed online for curbside pickup at www.papamigos.com. Patrons are given a number for a pull-in spot when they place their order. In the parking lot, there are numbered cones, so patrons can park in the appropriate spot, and then the food is brought to the car.

Lauren Grosso and Brian Faeth are the chef owner-operators of Papamigos. They will be working side by side at their new venture in Old Town, an area that is being developed as an arts and entertainment district by the Pompano Beach Community Redevelopment Agency (CRA).

The Papamigos mobile kitchen menu features street tacos and burritos that have a variety of fillings, such as ground beef, shredded beef, jerk seasoned chicken, marinated pork, shrimp or fresh catch. Streets tacos, served three per order, cost $12-$15; burritos are priced at $15 and $18.

Sushi Tacos are made with spicy salmon, tuna and wahoo, and cost $6-8 (one per order).

Faeth said the Birria Street Taco has been a favorite item. It’s made with braised beef, melted mozzarella cheese, cabbage, cilantro and onion in a corn tortilla.

Taco Tuesdays at Papamigos will showcase different tacos just for that day.

The menu also has sides ($8-$13) such as grilled corn – slathered in a mayo-sour cream-cilantro mixture, topped with crumbled cotija cheese and chili powder – and jalapeno poppers stuffed with cheese and bacon, served with chipotle mayo.

The future Papamigos restaurant will include a patio area overlooking the Civic Plaza fountain. Construction of the patio area is currently underway, and the plan is to set up socially-distant outdoor seating for patrons of the mobile kitchen.

While COVID-19 has affected the plans for many restaurants, the CRA worked diligently with the Papamigos team to establish a presence in Old Town while construction of the restaurant moves forward, said Nguyen Tran, CRA Director.

Ganter noted that the Papamigos mobile kitchen will be a great way to gather feedback from patrons that can be used in developing a more extensive restaurant menu.

The Papamigos food truck will operate in Old Town until the Papamigos restaurant opens, which is anticipated for early 2021.

Other new Pompano Beach restaurants are being planned for Old Town, including a hip “Southern comfort” restaurant concept, named Wood & Wire, that will occupy the building at 165 NE First Avenue. Sweets and More, a dessert catering shop, has opened at 122 N. Flagler Ave., and a coffee house, called Shack In Back, is slated to open in the same space later this year.

At the center of this up and coming area, the CRA is in the process of creating a new 15,000-square-foot dining and pedestrian plaza, called “The Backyard.” 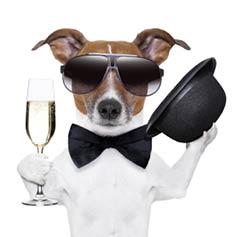