POMPANO BEACH RESTAURANT VIOLATIONS:   As we report on a regular basis, the state continuously monitor food establishments throughout the state, including Pompano Beach restaurants, for cleanliness and other sanitary and health related issues.  It is rare that a restaurant get no violations.  Every so often,  restaurants get a temporary closure.  If they are able to correct the problems  they are likely to re-open within 24 hours.  Some violations are more egregious and require the inspectors to take more serious actions.

A Pompano Beach restaurant, Norbs Moonshine and more, also closed down after a restaurant inspection on June 20th and re-opened the next day.  Norb’s Moonshine is located at 342 E McNab Rd.

They were sited for 11 violations including these high priority ones:

Norb’s is recently opened and does not yet have a significant social media review tally, although we have anecdotally heard positive things.

The Asian Buffet and Grill,  240 Federal Hwy, Deerfield Beach, in the Publix shopping center, was shut down due to health violations for multiple days this past week.  They were shutdown on June 21st with 23 different violations.  These included finding 13 dead roaches found (that’s one violation, not 13, in case you were wondering), live insects and flies including 11 by the sushi bar and multiple instances of improper food prep.

When the inspector came back the next day, there were still 6 violations that were not corrected, enough to keep the Deerfield Beach restaurant closed for another day.  They were re-opened on June 23rd.

Since we’ve been covering restaurant violations, the Asian Buffet and Grill has been prominently featured in our reports.  Local 10 says this marks at least “the fifth time” in recent years they restaurant has been closed down due to health violations.  By our count, they also racked up over $5,000 in fines last year.

Here’s where it gets really interesting.  Earlier this month, Local 10 reporter, “The owner of China Buffet and Grill was spotted digging through a dumpster outside the restaurant for several minutes, removing item after item while his wife played look out, witnesses said. He then walked out to the other side of the dumpster and did it again, pulling out more items, video showed.”  You can see that report by clicking here. The presumed owner of the restaurant disavowed the report, saying “No, that’s crazy.”

These are some of the more serious violations that had not been fixed by the time of the second inspection on June 22nd:

Local 10 has a listing of all restaurant violations in South Florida received in the past month, click here.

Get Ready for Lauderdale By the Sea BugFest: Lobster Mini-Season 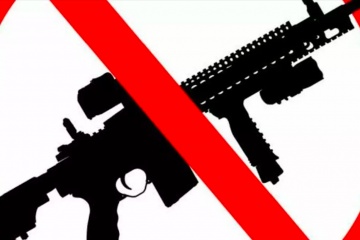