POMPANO BEACH CONDOS UPDATE/EDITOR’S NOTE:  When we first reported the approval of the 1116 North Ocean project last week we didn’t not know what the prices for the condos would cost.  Our reporter Marie Puleo looked into it further and found out what the builder is planning to charge for the condo units.

Units at the new Pompano Beach condos will range in size from 1,900 to 2,400 square feet, with prices from $1 million to $1.8 million.  This will make the oceanfront apartments the most expensive condos every built in Pompano Beach.

Plans to build a 22-story, oceanfront condominium in Pompano Beach moved forward last month when the Planning and Zoning Board approved a rezoning request from the developer, as well as a site plan.  Units in the condo building are expected to go for one million dollars and up.

The project has been modified significantly since the original site plan was approved in 2011.

The Planning and Zoning Board approved an application submitted by the developer, The Related Group, to amend the zoning of the property – which is a Residential Planned Unit Development (RPUD) – in order to reduce the number of residential towers previously approved for the site from two to one, to reduce the number of dwelling units from 130 to 105, and to increase the building height from 170 feet to 220 feet.

A 3-story parking podium will be reduced to two stories along A1A, and to one story on the side fronting the beach. This reduction is possible, because with a decreased number of units, less parking will be needed. The podium’s decreased height will result in “reducing the bulk of the building” at the pedestrian level, particularly on the beach.

The new building design is “less intense” and “in greater conformity with the surrounding area,” according to the rezoning application documents.

The attorney representing the developer said that with the new site plan, the building is centered in a way that has less impact to its neighbors, which are the Marriott hotel to the north and Century Plaza Condominium to the south.

The building is set further back from A1A and doesn’t push as far forward toward the beach as the two towers that were previously proposed, said the attorney. In addition, two major curb cuts on A1A have been reduced to one, which he says “enhances the pedestrian environment.”

The architectural style is more contemporary, and the overall square footage of the building is less than it was in the old project.

The south side of the Pompano Beach condos will include a five-foot-wide beach access, with landscaping on either side, which the Planning and Zoning Board requested be marked so the public will know it’s available.

The Planning and Zoning Board also approved the developer’s request for an Air Park Obstruction permit, which was required because the project site is located within the Air Park Overlay District, and the proposed height of the building is considered an obstruction. The Federal Aviation Administration determined that the building’s height will not be a hazard to air navigation.

A consultant planner for the City explained that the project site has an irregular shape which creates problems with traditional design, and makes the property suitable for RPUD zoning.

RPUD sites are required to be a minimum of five acres, but since the property is under that size, the requirement will need to be waived by the City Commission. 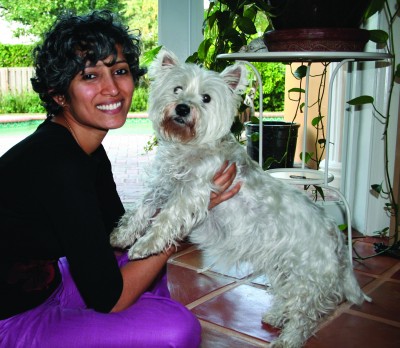