POMPANO BEACH A1A DEVELOPMENT- A large-scale residential, hotel and commercial project planned for 3350 E. Atlantic Boulevard, on the southeast corner of Atlantic Boulevard and A1A, is moving forward after years of being on hold. The project, called Atlantic 3350, was given approval for development in 2012.

Atlantic 3350 consists of one 21-story building with 77 condominium units, one 19-story building with 110 extended stay suites (180 total beds), a landscaped deck with a pool, a parking garage, and 23,066 square feet of ground-level commercial facilities (which includes the existing Walgreens) on 2 acres of land, part of which is currently occupied by the Rayvan building.

The 77 residential units are “flex” units that the City Commission allocated to the developer in 2012, and which the developer kept active through various means until, due to extenuating circumstances in the company, the units expired in 2017.

The City has a pool of flex units that it can use as a tool to accommodate and expedite desirable development and redevelopment projects. The flex units increase the entitlements of a property without having to go through a land use plan amendment, which is a lengthy process.

According to City documents, no new flex allocations are allowed on the barrier island, where the project site is located, so reaffirmation of the units and amending the construction deadline was the only avenue to enable the project to be built on the property.

This September, the City Commission gave its approval to reaffirm the allocation of the units and to provide an extension for a building permit. The project’s detailed site plan will be resubmitted to the City for review under the current zoning regulations.

The architect who designed the project told the City Commission that it was designed too early after the recession, but now is an opportunity to move forward with the development.

The plans that were originally approved call for the existing Walgreens to remain at its current location on the site, but to be rebuilt within the southeast corner of the parking garage. 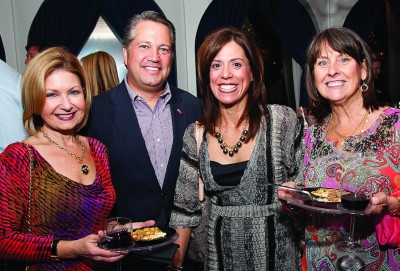