A project to upgrade street lights in a number of neighborhoods throughout the city got underway this week, starting in Collier City and Liberty Park.

LED lighting is more energy efficient and has a longer lifespan than the existing sodium halide lighting, which will save the City money, said Horacio Danovich, the city’s capital improvements and Innovation District director.

LED street lights will also be installed in Old Pompano, Cresthaven, The Highlands, Kendall Green and Leisureville. The plan is to increase the number of street lights in Old Pompano from 176 to almost 250, in Cresthaven from 600 to roughly 850; in The Highlands from 878 to almost 1,000; and in Kendall Green and Leisureville, combined, from 59 to about 480.

Florida Power & Light (FPL) crews will be carrying out the work. Installation of the new LED lighting in Collier City and Liberty Park is expected to take six months to complete.

FPL has not set a schedule yet for the other neighborhoods, but work should take place in the next year or so, said Danovich.

Two styles of LED light fixtures will be used. Wherever possible, a decorative “teardrop” model will be installed, but existing concrete poles that cannot be retrofitted will require the use of a conventional model that uses a flat LED fixture.

The street lights that are being converted to LED are owned by FPL. In addition, FPL will be converting over 1,500 City-owned street lights scattered across the city, and those street lights will then be turned over to FPL.

FPL is also assisting the City with other G.O. Bond projects that include the conversion of existing street lights to LED or the addition of new ones. Those projects will take place on NE 33rd Street between Dixie Highway and Federal Highway; on McNab Road between Federal Highway and South Cypress Creek Road; and along A1A.

The goal is to eventually convert all existing street lights in the city to LED, said Danovich. However, timing will depend on funding availability.

In 2010, the Pompano Beach Community Redevelopment Agency (CRA) conducted a survey of the approximately 5,100 residents in the Collier City neighborhood. More than 72% of the residents participated in the survey, and 90.6% of the respondents requested improvements to street lighting due to safety concerns. 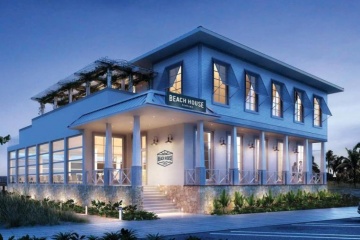