The developer of Pompano Station, a 355-unit development, is seeking $9.1 million in public financing from the CRA

The developer of Pompano Station, a $102 million 355-unit development being planned for the parking lots behind the Bank of America and Chase Bank buildings on East Atlantic Boulevard, is seeking $9.1 million in financing from the Pompano Beach Community Redevelopment Agency (CRA) in order for the project to get off the ground. The two parking lots sit on opposite sides of NE 24th Avenue, just west of Publix.

An 8-story building with 208 residential units is being proposed for the 1.6-acre lot behind the Bank of America building, 2335 E. Atlantic Blvd., on the west side of NE 24th Avenue.

An 8-story building with 147 residential units is being proposed for the 1.2-acre lot behind the Chase Bank building, located at 2401 E. Atlantic Blvd., on the east side of NE 24th Avenue.

The residential units would be market rate rental units, with 53 units of affordable workforce housing. Pompano Station would be the first new development in the East Transit Oriented Corridor zoning district to meet the requirement of providing a minimum of 15% of the housing units as affordable, rather than opt out by paying a fee per unit.

The East Transit Oriented Corridor (ETOC) is a zoning district created several years ago that allows mixed-use development (a combination of commercial and residential uses within a single project or building) along Atlantic Boulevard, and is intended to support mass transit use and a pedestrian-friendly environment.

Grover Corlew, the real estate investment management group that owns the bank buildings and the associated parking lots, has submitted plans to the City that are currently under review.

Based on the developer’s financial analysis of the project, there is a financial gap of $9.1 million. In order to meet the gap, the developer is seeking a tax increment financing agreement with the CRA. The taxes generated by the project would be used to help finance the project.

Without assistance from the CRA to fund the gap, the developer will not be able to carry out the project as it is being proposed, if at all, said CRA Director Nguyen Tran.

The developer’s own funds would be used to construct the Pompano Station project. Once the project is completed and the developer starts paying taxes on the development, the CRA would rebate back to the developer 95% of the tax increment generated by the project. The other 5% would go to the taxing authorities for administrative costs.

As the East CRA has a sunset date of 2031, the CRA can only commit to the tax increment rebate until 2031, or until the gap is achieved, whichever occurs sooner.

The CRA hired its own consultants to do an economic impact study of the Pompano Station project, which lies within the East CRA district.

“Nothing has been built in this corridor of similar size and scale with these amenities,” said Tran.

Each building features one-, two- and three-bedroom units, as well as studios. The buildings are courtyard-style and each has its own interior multi-level parking garage, with a combined 634 parking spaces. The proposed parking structures would also serve the adjacent existing commercial buildings fronting Atlantic Boulevard.

Amenities include a swimming pool, clubroom, gym and co-working space on the ground floor of the building behind the Bank of America building.

Plans may include a covered pedestrian bridge over NE 24th Avenue that connects the two proposed residential buildings at the third floor.

In addition to the residential buildings, the developer wants to build a 6,932-square-foot public pedestrian plaza in an area on the east side of the Bank of America building that is currently used for parking. The plaza is intended to activate the streetscape and enhance the pedestrian environment of the proposed development and existing commercial buildings.

The developer would also carry out improvements to the façade of the Bank of America building, which was built in the early 1960s. Through strong encouragement from the CRA, the developer has agreed to make the ground floor either restaurant or retail space, and to add glazing to open it up and encourage more pedestrian activity, said Tran.

The developer plans to rename the Bank of America building, because Bank of America actually left the premises some time ago. According to a rendering of the project, the new name of the building would be Atlantic Tower.

The enhancements to the Bank of America building are a condition of the CRA funding, even though the funding wouldn’t be used to carry them out.

In July, the East CRA Advisory Committee made a unanimous recommendation to the CRA Board to move forward with the Pompano Station project and the tax increment financing. Committee members said the project fits the development objectives of the East Transit Oriented Corridor (ETOC).

Prior to the ETOC being established, residential developments were not allowed within the Atlantic Boulevard and Federal Highway commercial corridors.

Committee member Fred Stacer said that, just as the CRA infused money into the beach redevelopment ($11-12 million), which has had a major economic impact, the same level of investment is needed to help “kick-start” redevelopment activity on the west side of the Intracoastal. 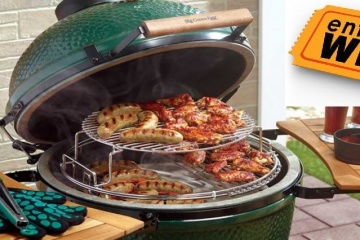