BSO not sharing any leads in the Pompano Beach Snowbird Murders

Six weeks after their bodies were found lifeless in their Pompano Beach mobile home, there are still no arrests in the murders of Marc and Rita Gagne. The Canadian based snowbirds had spent close to six months a year in Pompano Beach for many years.

BSO has been tight lipped regarding the case and as far as we can tell are not close to solving the case.  Now, Broward Crime Stoppers is offering a $3,000 reward for anyone who has info that can lead to an arrest for the murders.  Gina Carter, a spokesperson for the Broward Sheriff’s Office (BSO) said today: “There are no updates on this homicide investigation at this time. We are working with Broward Crime Stoppers, and they are providing a reward for anyone who has information that leads to an arrest.”

The Canadian couple, Marc and Rita Gagne, were found dead in their Golf View Estates mobile home on March 2oth.

Weeks ago, we learned the Quebec couple’s deaths was being treated as double homicide by the Broward County Sheriff’s Department.  BSO has released few details about the case that has shocked neighbors in the over-55 community.

The Sun-Sentinel reported days after double murder,”fear still lingers” among the residents of the Golf View estates Mobile Home Park. The park is located right near Atlantic Boulevard and the Florida Turnpike in the western part of Pompano Beach.

Earlier, over 150 residents of the mobile home community  ” marched through the community” according to a CBS 4 report. The neighbors expressed concerns about the murders and the overall safety in the community.  They called for an increase in security during their protest.

Gagne’s neighbors had become concerned about the couple, who also reside in Saint-Come-Liniere, Quebec.  The small village is located about 60 miles south of Quebec City. According to Local 10, “after they hadn’t been seen [the couple] in several days…a neighbor entered their home on Friday afternoon and found the Gagnes dead inside.”

“There is zero reason to believe anyone would have targeted them,” their nephew told NBC 6.

BSO has not shared any information on possible motive for the killings or offered clues on potential suspects.  The coroner’s report has not been issued publicly and there is still no official word on cause of death.

SEVERAL GREAT CONCERTS ARE COMING TO POMPANO BEACH THIS MONTH 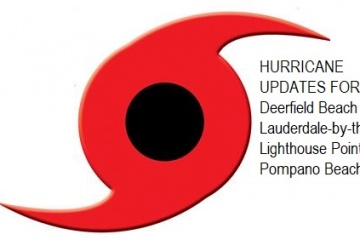