The Pompano Beach Community Redevelopment Agency (CRA) plan to move the historic McNab House from its current location at 1736 E. Atlantic Boulevard to McNab Park, just five blocks east, and to convert the house into a restaurant with a botanical garden, took several steps forward this month.  The house is now scheduled to move to the new site in January.  The proposal to build two bed and breakfast structures on the McNab Park property, a controversial element of the project, is now “off the table.” Additionally, a large portion of the existing park will remain as is for now.

At its July 16 meeting, the CRA Board, which is made up of the mayor and city commissioners, approved a donation agreement from the developer to transfer the title of the two-story home and two-story detached garage to the CRA. The developer will also donate three trees – a mango tree, an elm tree and a live oak tree – which will be used to help create the botanical garden surrounding the McNab House. As per the agreement, the developer will donate $28,000 towards the costs of moving the structures and trees.

The original goal was to move the house, garage and trees to the park in October, but the date has been changed to January 2020, to avoid disrupting any Thanksgiving festivities or the City’s annual Yuletide parade along Atlantic Boulevard. The deadline set in the donation agreement is Jan. 26.

The 2,470-square-foot McNab House will be placed to the east of the Chamber of Commerce building that currently occupies the northwest corner of the project site. The Chamber of Commerce is currently looking at options to move to another location and the building would be torn down to make way for the botanical garden. The 629-square-foot garage will be placed east of house, in the area now occupied by the north shuffle board courts.

Both the house and the garage will front Atlantic Boulevard. The open area between the two structures will be used to create a courtyard for outdoor dining. The garage itself may be used as a dining space, with offices upstairs.

While many residents are in favor of the project, some have voiced concern over a number of issues, including the potential loss of the existing civic building, shuffle board courts, basketball court and tennis court, as well as the need for additional parking. They have also repeatedly spoken out against a bed-and-breakfast-type mini-hotel component, comprised of two buildings with 10 units each, which was included in the original conceptual design for the project.

The city’s Parks and Recreation Advisory Board made a recommendation to the City Commission in June saying it strongly opposed any type of bed and breakfast or hotel on the park property.

“We are not looking at bed and breakfasts, we are not doing hotels,” CRA Director Nguyen Tran told the CRA Board and the public. “That is no longer part of this project.”

“It was a conceptual idea to start conversations,” Tran continued. “We got feedback from everybody, they don’t want it. It’s off the table.”

“There we go,” said Hardin.

According to a temporary use permit granted to the CRA in June by the city’s Zoning Board of Appeals, which permits the placement of the house at the park, a site plan application must be filed, and all necessary permits and approvals obtained, within six months.

Another step needed to relocate the McNab House was for the CRA to enter into a lease agreement with the City, the owner of McNab Park. The CRA Board, at its meeting on July 16, approved an agreement to lease from the City roughly the northern half of the 2.5-acre park, which is in the East CRA district.

Since the City doesn’t own the site of the Chamber building, it is not included in the lease. However, when the City does acquire the Chamber parcel, the CRA will come back for an amendment to the lease, said Tran.

The term of the lease is for 50 years. The CRA will commit to spend a minimum of $2.7 million on capital improvements within four years of the effective date of the lease. At least $1,350,000 of that amount must be spent within the first two years.

The City Commission approved the lease at its July 23 meeting. The CRA will pay a total rent of $10 per year for the full term of the lease. Before the lease expires, it can be negotiated for a new term of 50 years.

An architectural firm, Bermello Ajamil & Partners, was hired earlier this month to design a master plan of the entire park in an effort to activate and improve it. The contract did not have to be approved by the CRA Board because it was just under $75,000, which is the maximum amount that can be approved by the city manager.

Tran said a master plan is needed to know how the house and botanical garden will work in relation with the rest of the park.

“You can’t just focus on this area and hope the rest of it works,” said Tran. “It all needs to function as one.”

The area leased by the CRA includes the park’s existing parking lot, which will be reconfigured because it only has one driveway to go in and out. There is also an opportunity to acquire additional property for parking, said Tran.

The CRA’s original estimates to move the house and garage to McNab Park were $350,000 to $400,000. Proposals from moving companies are currently being reviewed.

A solicitation for proposals was first issued on June 4, with a deadline for submissions of June 28. Modern House & Building Movers was the only firm that submitted a proposal, but some information that was needed was not provided. Another firm, Brownie Structural Movers, expressed interest, but wasn’t able to file a digital submission in time.

A solicitation for bids was reissued on July 12. Two proposals were received by the July 29 deadline – one from Modern House & Building Movers and one from Brownie Structural Movers.

“There aren’t many movers out there that will do it,” said Tran. “This is very specialized, and these two are probably the top firms in this area.”

A contract for the selected mover is anticipated to be approved by the CRA Board in September.

Bermello Ajamil & Partners (B&A) is expected to present a preliminary master plan for McNab Park to a joint meeting of the East CRA Advisory Committee and the Parks and Recreation Advisory Board in September.

B&A is the firm that developed the City’s first ever Parks Master Plan, which was adopted in 2013.

B&A’s scope of services for the McNab House relocation project includes conducting public outreach meetings, in order to “design something that’s going to be ultimately enjoyed by everybody,” said Tran. 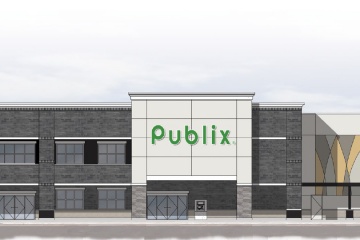