May 16, 2019 4:09 PM.  Pompano Beach Snowbird Murders: BSO has arrested a suspect in the nearly two month old murder of a Canadian snowbird couple killed in their Pompano Beach Mobile Home.  continued below…

Quinton Johnson, 28, of Pompano Beach, has been charged with murdering Marc Gagne, 80, and his wife Rita Gagne, 78 during a robbery of their home.  The bodies of the couple were found on March 22nd, but it is believed they were dead for at least two days at that point.

Johnson was already being held Broward County jail, suspected in the shooting and robbery of a 67-year-old man at a Pompano Beach Bank of America ATM, also in March.

NBC 6 reports, “Authorities haven’t said how [the couple was] killed, but said forensic evidence and witness accounts led them to Johnson.”

As per Local 10 News, “According to an arrest warrant, Johnson confessed to someone about the killings and said he was in the process of committing a burglary when it occurred. Authorities said Johnson told the person … he committed the crimes by himself ‘because when you do stuff like that, nobody can tell on you’.”

Investigators believe Johnson beat the couple to death.  The Sun-Sentinel says, “Investigators found what they believe was the murder weapon outside near the mobile home [according to the] warrant…A DNA match led investigators to Johnson, who was already locked up” in the main County Broward jail.  He had been arrested on April 1 arrest for the robbery and attempted murder.
–
WSVN/7 News reports, “Johnson’s lawyer, in court, said he is invoking his Fifth Amendment right and the State and sheriff’s office should honor that. He’s being held behind bars without bond.”
–
The Gagnes had split their time between homes in Pompano Beach and a small town in Quebec. Their Pompano Beach home was in the Golf View estates Mobile Home Park. The park is located right near Atlantic Boulevard and the Florida Turnpike in the western part of Pompano Beach.  In Canada, they reside in Saint-Come-Liniere, Quebec.  The small village is located about 60 miles south of Quebec City.
–
Lori Miller, one of the Gagnes’ Pompano Beach neighbors told Local 10, “I was so happy they found who did it, who bludgeoned them, because it was a sickening crime that happened here.”
—
>>> READ OUR EXCLUSIVE: SAD COINCIDENCE TIES POMPANO BEACH SNOWBIRDS, ACCUSED KILLER TOGETHER
–
This story was prepared by our Pompano Beach news desk with additional  information from various public sources and other websites. 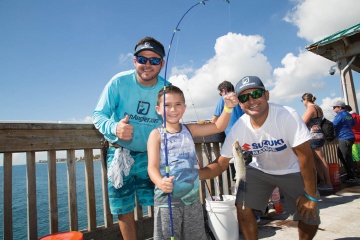