A few weeks back we told you about some Pompano Beach restaurants that were closed down due to
health violations. We have some updated info for you today.

Nikki’s Orange Kitchen on the corner of A1A and Atlantic Blvd. was closed three times. Local 10
reported they were closed “after live and dead roaches were spotted in several spots.” at the Pompano
Beach restaurant.

They seem to be getting things in order as an inspection last week showed only three lesser violation
that were corrected at the time of the inspection. However, the inspector also found they were
“Operating with an expired Division of Hotels and Restaurants license. License expired on 12/1/2018.”
An administrative hearing may be required to resolve the matter.

Nikki’s also seems to be well liked among its clientele, generally garnering 4 star reviews (out of 5) on
social media sites.

The Notredame diner on North Dixie Highway received a satisfactory inspection this month after a
forced closure last month.

May’s Kitchen, a Chinese restaurant on Federal Highway, just north of Atlantic has generally met
inspection standards multiple times over the past few years. However, the Pompano Beach restaurant
was temporarily closed down on April 16th due to 12 violations. Two of the high priority violations were
for ” “Live, small flying insects in kitchen, food preparation area, or food storage area. Observed 3 live
flys in kitchen area. 2 landed on reach in freezer and 1 landed on shelf at rice cooker” amd
“Rodent activity present as evidenced by rodent droppings found. Approximately 10 fresh rodent
dropping behind box and under air handler in closet off storeroom, 3 fresh rodent dropping behind cans
at bottom of shelf in storeroom, 3 fresh dropping behind front counter cabinet under cables, 2 fresh
droppings next to gap at back door.” Eggs were also stored at room temperature.

The matter seemed to be resolved the next day and the restaurant was opened. Social Media sites
generally give the restaurant 3.5 stars on average, although Door Dash users gave them a very high 4.9 rating.

This story was prepared by our Pompano Beach news desk with information gathered from a variety of sources and websites. Use the links above to find out more details about this breaking news story. 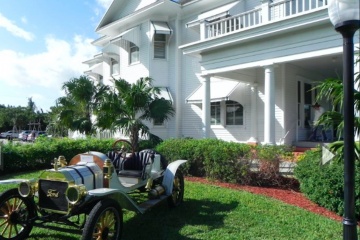