POMPANO BEACH INNOVATION DISTRICT: The City of Pompano Beach and the Pompano Beach Community Redevelopment Agency (CRA) have gotten closer to selecting a master developer for the creation of a “dense urban downtown,” which includes an area designated as the “Innovation District.”

The City and CRA own about 30 acres of prime real estate within the 70-acre Innovation District, which is bound by I-95 to the west, Dixie Highway to the east, Dr. Martin Luther King Jr. Boulevard (NW Third Street) to the north, and Atlantic Boulevard to the south. The western-most portion of the site is one of the last land clusters in South Florida that is undeveloped along the busy I-95 corridor, with a major exit to an urban area and the Atlantic Ocean.

On Monday, a selection evaluation committee reviewed proposals received in response to a Request for Letters of Interest (RLI) that was issued by the City and CRA on May 23 seeking qualified master real estate developers. The deadline for submissions was July 15.

From among the eight responses, two firms were chosen to continue to the second step of the selection process, which involves providing their best and final proposal for the master development of the downtown and Innovation District. The two firms that made the cut are E2L Real Estate Solutions, based in Winter Park, and Armada Hoffler Properties, headquartered in Virginia Beach. A solicitation for the second step is currently being drafted, and once it is issued, the firms will have about 30 days to submit their final proposals to the City.

E2L is currently carrying out the redevelopment of downtown Boynton Beach, which includes a new Town Square. Armada Hoffler Properties is the firm behind the Town Center of Virginia Beach, an ongoing, multi-phase development that started in 2000 as a public-private partnership with the City of Virginia Beach.

“We are seeking developers who understand our goals for the area, offer experience in prior projects of this scope and have the financial capability to undertake this project,” said Nguyen Tran, CRA Director.

The Innovation District, and the downtown as a whole, lie within the Northwest CRA district.

In addition, the CRA envisions a new system of self-contained, linear waterways, which will create a scenic setting for outdoor cafes, restaurants, shops, offices and mixed-use residential buildings. Inspired by the canal systems in Amsterdam and The Riverwalk in San Antonio, this series of waterways is an innovative drainage system that eliminates the need for dry retention ponds, allowing developers a maximum buildout capacity across parcels.

Pompano Beach has one of “ten best St. Pats parties” 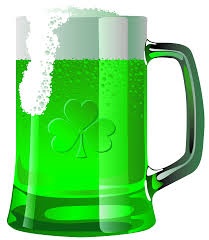