The City Commission, at its meeting on Sept. 10, failed in a 3-3 vote to adopt a resolution that would have authorized the City to support placing on the general election ballot a proposed Florida Constitution amendment prohibiting possession of semiautomatic rifles and shotguns capable of holding more than ten rounds of ammunition at once.

Had the City Commission approved the resolution, Pompano Beach would have joined the City of Weston in filing a brief in the Florida Supreme Court in support of the proposed amendment’s ballot language.

The Miami-based political committee Ban Assault Weapons Now started a citizens’ initiative petition to get the proposed amendment on the ballot, and has been gathering signatures from electors throughout the state of Florida since earlier this year.

The City of Weston believes the language is sufficiently clear and not misleading, and has authorized its City Attorney to file a brief in the Florida Supreme Court in support of the ballot language.

The City of Weston is asking other cities throughout the state to participate in filing the brief, and to share in the costs related to filing it, which is a total of $25,000. The more cities that participate, the lower the cost for each city will be.

Pompano Beach City Attorney Mark Berman explained to the City Commission that cities deciding to join in filing the brief to the Supreme Court are not taking a position on whether there should be assault weapons or not; they are only trying to get the question on the ballot so people in the state of Florida can vote on it and be heard.

The ballot title for the proposed amendment is: “Prohibits possession of defined assault weapons.”

The ballot summary for the proposed amendment is: “Prohibits possession of assault weapons, defined as semiautomatic rifles and shotguns capable of holding more than 10 rounds of ammunition at once, either in fixed or detachable magazine, or any other ammunition-feeding device. Possession of handguns is not prohibited. Exempts military and law enforcement personnel in their official duties. Exempts and requires registration of assault weapons lawfully possessed prior to this provision’s effective date. Creates criminal penalties for violations of this amendment.”

A letter addressed to the Florida Supreme Court by Florida Attorney General Ashley Moody said the title and summary should not be submitted to Florida voters because they “fail to inform voters of the chief purpose of the proposed amendment.”

Moody cited what she considered to be several deficiencies in the ballot language, including a failure to inform Florida’s electorate that: “the amendment would ban the possession of virtually every semi-automatic long-gun;” owners of lawfully-owned semiautomatic long-guns would have within one year to register their firearms and avail themselves of the amendment’s grandfathering provision; and the proposed amendment would take effect 30 days after passage, creating a 30-day window within which new purchases of assault weapons would be eligible for grandfathering.

While these points are detailed in the full text of the proposed constitutional amendment, Moody said “voters will not be able to understand the true meaning and ramifications of the proposed amendment,” based on the ballot title and summary.

Commissioner Tom McMahon said he was not supporting the resolution to join with other local governments in defending the ballot language because he doesn’t think it’s the City Commission’s job to speak on behalf of the residents of his district in regard to “topics like this,” and that it should be more at the state or national level.

Commissioner Andrea McGee said that if the City chose to put taxpayer dollars towards placing the amendment on the ballot, it would “inappropriately imply “the City’s support of the content of the amendment.

Vice Mayor Barry Moss said it was just “one more example of how Tallahassee wants to try to usurp the powers not only of municipalities, but of the people.”

Mayor Rex Hardin said he supported the resolution, but hoped the legislature would “take the bull by the horns” and pass sensible legislation to deal with the issue of assault weapons and large magazines.

“I’m not in favor of taking people’s guns away,” said Hardin, but the overwhelming majority of the country and the state of Florida has said “enough is enough and they want something done.”

As of this June, Ban Assault Weapons Now, the sponsor of the initiative petition, had obtained 91,211 of the 766,200 valid signatures required to have the proposed amendment placed on the November 3, 2020 general election ballot.

In order for the proposed amendment to be placed on the 2020 general election ballot, the sponsor needs to successfully obtain the requisite number of valid signatures by February 1, 2020. 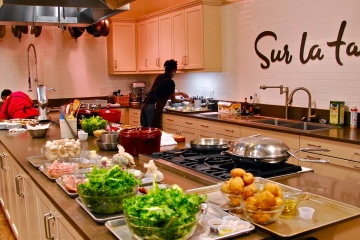