There have been a lot of new restaurants opening in Pompano Beach lately.  Most have been of a traditional, somewhat conservative nature, even the seafood restaurants.

But not,  Crazy Cajun Crabs seafood restaurant, which is located just west of Poweline Road at 2710 W. Atlantic Blvd., Pompano Beach.  The owners of Crazy Cajun Crabs are adding some zest to the Pompano Beach seafood restaurant scene.  Jarael Holston-Jones and his wife Yolanda are the proprietors of the new spot, which has only been open for less than a week as of this writing.

The couple got their start operating a food truck and have since built a mini restaurant empire via Fat Boyz Barbecue.  The first Fat Boyz opened in Deerfield Beach in 2017.  They opened a Coral Springs location in 2018 and a Fort Lauderdale joint is set to open shortly.

But, Pompano Beach is the true home for Holston-Jones as he graduated a few years back from Blanche Ely High School.

Mike Mayo gave the restaurant a nice write up this past week in the Sun-Sentinel .

Regular folks have good things to say, too

The early reviews on Yelp are looking kind as well.  So far, with a handful of reviews in, the restaurant is sitting at four stars out of five.  Roy F. of Pompano Beach says he loved the gumbo.  He and his wife also ordered the Oyster Po’ Boy and the Catfish Nugget basket.  He says the portions are large and commented that they haven’t been open for “a full week yet, [so there were} some minor glitches… [but they can be] immediately overlooked once you have tasted the great food coming out of [their] kitchen!

Juie F. is also from Pompano Beach and also ordered and enjoyed the gumbo. (I see a theme developing here).  She says the “oysters were freshly shucked” and the “catfish was delicious.  Julie also added that once the folks get the kinks worked out, Crazy Cajun Crabs “will be a great place to eat.”

Crazy Cajun Crabs is located at 2710 W. Atlantic Blvd., Pompano Beach.  Reach them by phone at 954-657-8349, and of course on Facebook. Mayo reports their hours are Tuesday through Saturday from 11 a.m. to 9 p.m.  They stay open an extra hour on Friday and Saturday nights. The restaurant is closed on Sunday and Monday.

We plan to be sending our Pompano! Magazine restaurant critic to try Crazy Cajun Crabs out in the near future. Keep your eyes open for a review in the magazine and of course it will be just one of the many North Broward and Pompano Beach restaurant reviews that you can find on our website and City Guide. 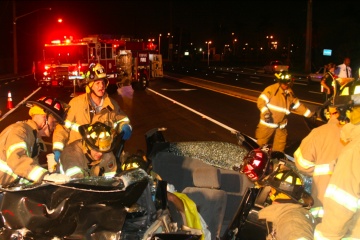