Got a phone call from a very excited Pompano Beach Mayor Rex Hardin a few days ago.  He, along with City Manager Greg Harrison, had just met with João Mendes Pereira, Ambassador/Consul General of Brazil for Miami,  to create a “branch” in Pompano Beach.  The branch would be open once a quarter in City Hall.  The goal is for area residents to more conveniently conduct embassy affairs.  This includes passport and visa related issues, additional services for Brazilian citizens and commerce related matters.

The first session may happen as soon as next month.

I asked Hardin for his first impressions since becoming mayor late last year. After being on the city commission for more than a decade, he had a good feel for the general responsibilities of the job.  But, he was clearly surprised by the sewage leak caused by a major pipe bursting due to an FDOT contractor mishap.  The accident occurred near I-95 but the leak has effected canals in a large portion of Pompano.

Our reporter Maria Puleo has been on top of the story.  As she has reported, the sewage spill happened on January 4th.  A subcontractor who was working for the FDOT accidentally ruptured a 42-inch force main sewage pipe at NW 15 Street, which is just east of the I-95 overpass. For six long days, close to 50 million gallons of raw sewage gushed out of the leak and into the area’s canal system before the pipe could be repaired.

From what the Mayor has told me, it has clearly been his biggest focus, thus far.  In politics, there’s no such thing as easing into the job. 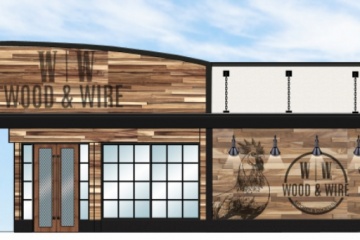