Pompano Beach McNab House/Park still in flux; pictures of what it may look like; what does the public think?

As we reported previously, the Pompano Beach CRA board voted on Tuesday night to approve the CRA plan to move the historic McNab House down the block to the current site of McNab Park. The house would be turned into a restaurant. The build-out would potentially mean a closing of most of the park grounds to the public. In addition to the restaurant, two new small bed and breakfast hotels would be built on the park grounds.

The bed and breakfasts and closure of the park seem to be the most controversial aspects of the plan. Both residents and members of the CRA board have called it into question. Before casting his vote to save the house, Mayor Rex Hardin said he is concerned about the amenities at the park and is “convinced that there are ways to accommodate park facilities at that location and still have the McNab House there… I think we can do both.”

While Commissioner Andrea McGee also voted in favor of moving the house to the park, she said she is skeptical about the success of a bed and breakfast. “I don’t necessarily believe it would fit in the park,” she said. “I think it would take away the flow of that whole space.” She said she would like to see more options to redesign the park in a way that would keep the courts and the feeling of a park, but make it much more useful.

We’ve seen a bunch of comments on Facebook when we’ve posted stories about the move. The three latest comments from folks seem to best cover the gamut of opinions:

Tim Golly: This looks like a land grab for developers. It should stay as a memorial park. House there would be okay as long as ONLY the house and no commercialization or removing of any recreational park facilities for benefit of business. What they’re doing at the fishing village is not pretty and it shouldn’t be done at the Park.

Scott Sherman: Seems like a big improvement to me. I’ve used the park for tennis and basketball so I see the value in it ut it is gross now as a homeless camp.

Linda Reedy: This is BS they can move the house there but should leave the park recreation. The whole greater plan to add the rental houses seems excessive and that’s what takes up the extra land.

So, what does the plan look like? See the pictures below for an overview and a rendering of what the McNab House restaurant would potentially look like.

This update is based on original reporting by Pompano Beach News Reporter Marie Puleo. You can read her more comprehensive review of the entire project from its origins through the CRA vote by clicking here.

Pompano Beach McNab House/Park still in flux; pictures of what it may look like; what does the public think? 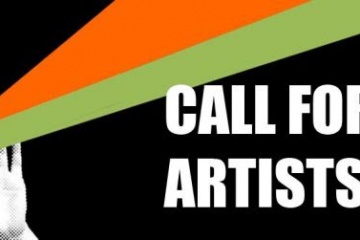