POMPANO BEACH ILLEGAL DUMPING:  The City of Pompano Beach has unveiled a new program to combat the problem of chronic illegal dumping throughout the city. It provides citizens an avenue to report violations, and possibly earn a substantial monetary reward.

The program – called “Stop the Trash…TALK!” – urges members of the community who witness illegal dumping in progress to take photos or a video of the individual, their vehicle and license plate number, and then to call 954-786-STOP (7867).

If the information provided leads to an arrest, the caller could receive a reward of up to $3,000.

“We realize our residents and business owners are fed up with others leaving waste on their properties and along the city’s right of ways,” said Russell Ketchem, the city’s solid waste manager, at the Oct. 22 City Commission meeting. “So, the City decided to develop a program in which our alert citizens become our greatest asset for fighting illegal dumping.”

Mayor Rex Hardin and the commissioners joined Ketchem at the podium to present a $3,000 check to the program’s first reward recipient, Pompano Beach resident Janice Simmons.

Simmons took a video of an illegal dumping incident that occurred along the fence of a park across from her home, and then immediately reported the crime to city officials. The Broward Sheriff’s Office (BSO) was able to move the case to the State Attorney’s Office where it is being processed as a felony crime.

Ketchem noted that Simmons was so dedicated to documenting the crime, she burned the sausage she was making at the time. In addition to receiving her reward check, Simmons was also presented with a brand-new frying pan to replace the one that was ruined.

Hardin thanked Simmons for her efforts saying: “What you have started in the City of Pompano Beach is tremendous. We need people to work with us to try and clean up our communities, and what you did sets an example that others can follow.”

The city’s Public Works Department is currently installing signs for the Stop the Trash…TALK! program with the phone number for citizens to call. The signs are being placed throughout the city, particularly in areas where high levels of illegal dumping are occurring.

In the past, the City used Crime Stoppers as the mechanism for people to call in to report illegal dumping.

“While the Crime Stoppers program is very good at documenting other illegal activities, it wasn’t the best fit for reporting illegal dumping,” said Ketchem.

According to Florida statute, dumping constitutes a felony when the trash exceeds 500 pounds in weight or 100 cubic feet in volume, or when any amount of material comes from a commercial property or is placed by a commercial entity. Dumping hazardous waste is also a felony.

The illegal dumping case reported by Simmons is being prosecuted as a felony because it was a large amount of material, and it came from a commercial entity. The video Simmons took on her iPhone provided overwhelming evidence because it showed the individual, the commercial name on the vehicle, which was a dump truck, and the license plate.

The City also uses surveillance cameras as a tool to combat illegal dumping.

The Stop the Trash… Talk! program is part of the Clean, Bright and Beautiful project created by the City in 2016. The project is a targeted approach to improving the overall visual appearance of the city by implementing specific programs and specialized teams.

Simmons, who is a member of the city’s Community Appearance Committee, says she will continue to keep an eye out for illegal dumping activities. To anyone who is thinking about committing a dumping violation, she said her message is: “Beware, the whole city is watching you.” 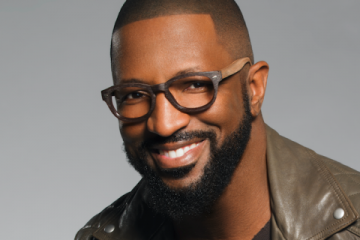