With the resignation of Regional Management Associates -- the consulting firm originally contracted to develop Pompano Beach's CRA zones -- the City is creating a new team of in-house CRA positions.

The City of Pompano Beach is in the process of hiring employees to run its new Community Redevelopment Agency (CRA) department. Plans to restructure the CRA began after Redevelopment Management Associates (RMA) — the firm that had managed the CRA since 2009 — announced this January it would terminate its contract with the City, effective at the end of April.

The CRA, under RMA’s management, was instrumental in the transformation of Pompano’s beachfront area, including the development of the Pompano Beach Fishing Village, which is home to the newly opened Beach House restaurant, and when completed, will be filled with other new restaurants, retail shops and a Hilton hotel.

The CRA has also created a cultural hub in the downtown area, including the Pompano Beach Cultural Center, Bailey Contemporary Arts (BaCA) and Historic Ali Cultural Arts. The CRA has also been planning the development of an Innovation District, which will be part of their vision for a revamped downtown.

The initial plan was for RMA to work with the City during a 90-day transition phase, which would have ended on April 30; but City Manager Greg Harrison extended the transition period. He is able to do so under the master consulting agreement between the CRA and RMA, which has not been terminated, and is in place until 2020.

“We’re following that contract until the city has completed formalizing a city department that will be the in-house CRA,” said Harrison. “We can’t really set an exact time frame on that, so the natural option is to continue operating the same way as we have been.”

The only difference is that RMA’s principals, Kim Briesemeister and Chris Brown, stepped down as co-executive directors of the CRA on Feb. 1, and Harrison now serves as the CRA Executive Director. Under the master consulting agreement, RMA provided 10 staff members, and 11 others with support staff responsibilities.

As part of the transition to an in-house team, the City’s Human Resources Department has gone through an extensive process of developing job descriptions and advertising for the positions, and is currently overseeing interviews, said Harrison. The new position of CRA Director will be filled first, and then the project managers, who will work directly for the CRA Director.

“We’ll start with a skeleton crew to see how we can make it function,” said Harrison.

RMA employees who have been working at city hall are welcome to apply for openings within the city department, said Harrison. However, the application process is open to all qualified candidates.

The intention is to keep RMA on with a consulting contract for support staff work, such as urban design, economic development, planning, architectural, finance, marketing, graphic design, housing and real estate acquisition and sales. RMA’s services would no longer include a management role, which will be handled by the CRA city department.

“There’s a variety of things that we would lean on them to help us with, or we would have to go out and try to hire someone else to do it,” said Harrison.

The CRA Board, which is made up of the City Commission members, would have to approve a continuing services contract with RMA, which could be an amendment to the master agreement or a whole new contract. Harrison said he will get input from each board member regarding the RMA contract options, once the hiring process for the in-house CRA team is complete.

At the beginning of the year, when Briesemeister and Brown announced their intention to terminate RMA’s contract, they said it was due to a “hostile” work environment created by two of the city commissioners.

“I believe that the City Manager is doing a very good job at trying to create an in-house team of city staff members and that RMA will offer their consulting services on an as-needed basis once his team is in place,” said Briesemeister. 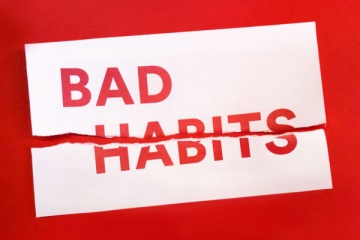