MCNAB HOUSE RELOCATION DATE: Pompano Beach’s historic McNab House is now officially scheduled to be moved from its current location at 1736 E. Atlantic Boulevard to McNab Park, just five blocks east, on Sunday, March 1, at 7am, according to city officials.

The original deadline to move the two-story home, as well as the detached two-story garage, was Jan. 26, 2020, but the Pompano Beach Community Redevelopment Agency (CRA), which is carrying out the project, has been waiting on permits that are needed before the move can take place.

Last week, the CRA Board approved an amendment to its agreement with Atlantic Residences, LLC, the private developer that purchased the McNab House property and is donating the house to the CRA. The amendment to the donation agreement extended the deadline to move the house to March 15, 2020.

Pat Burdette, owner of Modern House & Building Movers, based in Orlando, and his team, have been preparing the house and garage, both made of clay tile covered with brick, for the relocation.

The house was excavated, hydraulically loaded onto a framework of steel beams placed under the foundation of the structure, and then raised up. The house now sits on wooden cribbing. Hydraulic dollies equipped with eight aircraft tires each will be placed beneath the steel beams for transport to McNab Park. The same process will be used for the garage, which is still being excavated, but is expected to be raised up by the end of next week.

The route for the move will be straight down East Atlantic Boulevard, using the eastbound and westbound lanes, which will include crossing over Federal Highway.

The house, built in 1926, weighs 450 tons (900,000 pounds), according to Burdette. It will be placed at the northeast corner of the park fronting Atlantic Boulevard, and the garage will be placed to the west of the house. The house, will be converted into a restaurant. The garage will be repurposed as a coffee bar, eating area or some other use tied to the restaurant.

The civic building currently in McNab Park, as well as the north and south shuffle board courts, will be demolished to make way for the house and garage.

According to CRA Director Nguyen Tran, the deadline to move the house and garage was extended because a “move permit” still needs to be finalized, as well as a permit to demolish the civic building and the shuffle board courts. The CRA must apply for these permits from the city’s Building Department.

For both the existing site and the McNab Park site, a tree appraisal, a tree protection plan and a tree removal plan also had to be submitted and approved, as some palm trees will need to be removed to make way for the house. A temporary fence permit is required for both locations.

As part of the demolition permit, an asbestos test was required for the civic building.

“It’s almost like two different projects are going on,” said Tran. “One at the existing location, and one at McNab Park.”

In addition to all the permits, other coordination efforts are underway, said Tran.

The Broward County Traffic Engineering Division must approve a Maintenance of Traffic (MOT) plan for the detour routes and signage. The five blocks of Atlantic Boulevard affected by the move will be shut down one block at a time, not all at once. The MOT plan will include swinging five traffic signal mast arms out of the way – two at the 18th Avenue and Federal Highway intersections, and one in-between on the westbound side of Atlantic Boulevard.

The Broward Sheriff’s Office (BSO) will handle traffic control as the house and garage move block by block from their current site to McNab Park.

Jan. 19 had been discussed for the McNab House relocation date, but more time was needed to obtain the necessary permits and to put a parking, public viewing and communications plan in place.

Burdette expects it will take from about 7am until 12pm to move the two structures to McNab Park, a distance of about 1,800 feet. When the house and garage are actually moving, it will be at a maximum speed of 2 mph.

Burdette said he will pull the house down Atlantic Boulevard with two four-wheeled front-end loaders. The garage will follow behind the house, pulled by a front-end loader as well. The house will straddle the median. A few palm trees will have to be removed from the median, but will be put back after the move.

McNab Park, which is on land donated by the McNab family to the City of Pompano Beach, will be redesigned to accommodate the house and garage.

The northwest area of the project site, where the Chamber of Commerce building currently sits, would become the oval lawn and gardens.

The Chamber of Commerce is finalizing its plans to move to another location, and the building will eventually be torn down.

The cost for Modern House & Building Movers to relocate the McNab House and garage is $448,000. The CRA will spend a minimum of $2.7 million on capital improvements in the 2.5-acre park, which is in the city’s East CRA District. The project will take place over the next two to three years.

The McNab House is being moved from its existing site because the developer that purchased the land from the McNab family in December 2018 has plans to build a mixed-use redevelopment project, called Atlantic One, that includes 304 residential units.  The McNab House relocation date will be a major milestone for that project. 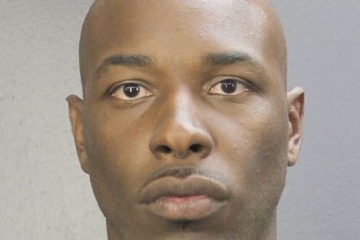